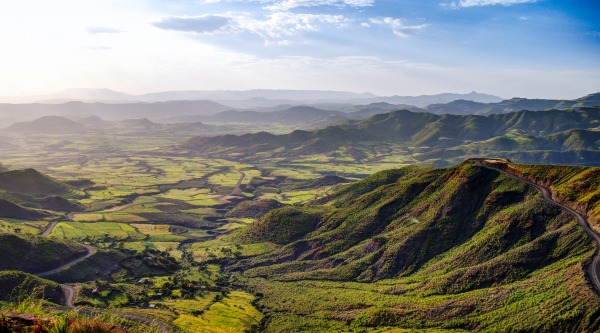 Ethiopia generally has an average level of security. You can travel here, but you should constantly monitor your surroundings and observe safety precautions. For example, do not walk late at night and do not walk alone. Avoid dangerous regions of the country.

Public transport is not particularly safe, and it is better to use a taxi or your car. Taxis are a convenient and secure way to travel, but be sure to use a licensed taxi service. Do not take the vehicle from the street and make sure that the taximeter is turned on.

Pickpocketing is a constant threat in Ethiopia and is the most common crime travelers face. In the capital, Addis Ababa, theft is widespread, including from busy vehicles, and other minor crimes. Never leave your things unattended.

Armed robberies and attacks are common in the country, as are kidnappings. You must take this threat seriously. Do not drive around the country at night and move in groups.

Terrorists are likely to try to carry out attacks in Ethiopia. Attacks could be indiscriminate, including in places visited by foreigners. You should be vigilant at all times, especially in crowded areas and public places like transport hubs, hotels, restaurants, bars, and places of worship, and during major gatherings like religious or sporting events.

Ethiopia has a lot of fraud, especially against white tourists. You should be on the lookout and check the prices of taxi rides and other services as they may be overpriced. Buy tours and services only in licensed, verified locations.

Women traveling alone need to be very careful in Ethiopia. Do not drive strangers in cars; do not attract too much attention. At night, they refuse to move around the country. Always keep an eye on your surroundings.

How Safe Is Ethiopia for Tourists?

Ethiopia has an average crime rate.

The main problems here are related to the theft of things, attacks, car theft, vandalism, and corruption.

Ethiopia is a relatively low-crime country compared to other countries.

But you should avoid traveling to the eastern part of the country beyond the city of Harar.

Most ex-pats who go there are US military personnel actively training the Ethiopian army’s anti-terrorism unit.

Though Ethiopia has a secular government, the people are very religious.

Due to their influence, the government implements specific rules and laws that could appear unsettling to westerners.

Compared to other African countries, robbery is not a significant problem in cities and towns.

However, travelers are advised to look after their belongings.

Travelers should be cautious at all times when traveling on roads in Ethiopia.

There have been reports of highway robbery, including carjacking, by armed bandits outside urban areas.

Some incidents have been accompanied by violence.

Travelers are cautioned to limit road travel outside major towns or cities to daylight hours and travel in convoys, if possible.

Do I Need a Visa to Visit Ethiopia?

Visitors to Ethiopia must obtain a visa from one of the Ethiopian diplomatic missions unless they come from one of the visa-exempt countries or countries whose citizens are eligible to apply for an electronic visa or visa on arrival.

Which Currency Is Used in Ethiopia?

The birr is the unit of currency in Ethiopia. Before 1976, dollar was the official English translation of birr. Today, it is officially birr in English as well. The Ethiopian Birr is divided into 100 cents.

The best times to visit Ethiopia for ideal weather are mid-October to April. Average temperatures in Ethiopia vary very little and the weather feels very enjoyable all year with a fair chance of precipitation about half of the year.

What Do I Need to Know about Airports in Ethiopia?

Addis Ababa Bole International Airport is the busiest and most famous airport in Ethiopia. It is located in the Bole area, 6 km southeast of the city center and 65 km north of Debre Zeyit.

What Are Some Things to Do in Ethiopia?

Ethiopia is a landlocked mountainous country in the Horn of Africa. On the territory of the country archaeological artifacts were found, whose age exceeds three million years. In Ethiopia, it is worth visiting the city of Lalibela, which is famous for its Christian churches of the 12th and 13th centuries carved in the rocks, and the ancient city of Axum with obelisks, tombs, castles and the Church of the Virgin Mary of Zion.

Is the Water in Ethiopia Safe to Drink?

Ethiopia is located in Africa’s Horn where drought and politics are two leading causes of water shortage. For now, only 42% of the population has access to a clean water supply. Tap water isn’t drinkable here.

Is Uber Safe in Ethiopia?

Ethiopia has no Uber Taxi service. But there are similar local services. For example, ZayRide. You can use any service if it is licensed.