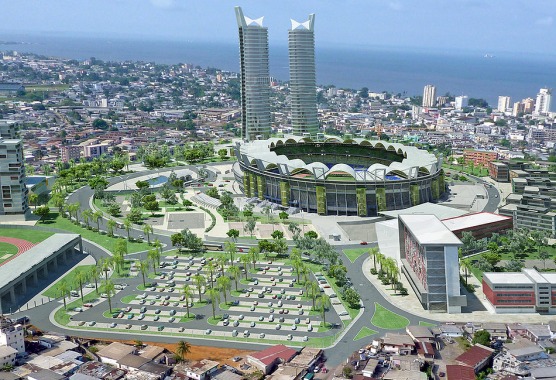 You can safely travel around Gabon if you follow certain security measures and always watch your belongings. The country needs to monitor the political situation in order not to get into trouble. Avoid traveling around the country at night, and do not stop in poor areas.

Public transport is not very safe and reliable. It is better to travel in your car or taxi. Taxis in Gabon cities work like buses, collecting new passengers while there is still room in the car. There were reports of violent attacks and robberies of taxi passengers. Use only authorized taxis and, preferably, book them with reputable companies or through a restaurant or hotel.

Petty crime, including pickpocketing, bag snatching, and vehicle break-ins, is common in Gabon. Keep your valuables out of sight. Avoid communicating with those who ask or offer help. Most often these are pickpockets or thieves.

Natural disasters do not pose any threat to Gabon and in this regard, it can be quite safe. Examine the weather conditions before your visit to the country to completely protect yourself from risks.

Violent crime, including robberies and armed attacks, occurs, especially in Libreville and Port Gentil. To avoid the risk of robbery, you should choose only safe routes for travel, do not walk late at night and move to the hotel at night by taxi or your car.

Although there is no recent history of terrorism in Gabon, the possibility of attacks cannot be ruled out. In addition, due to political differences in the country, there is a possibility of internal terrorism. Explore the surroundings before your trip to this country.

Fraud is often associated with the distraction of tourists to steal their belongings. Most often, this can happen right on the road when you stop at a traffic light. Make sure that you do not open the doors and windows of your car and avoid talking to strangers.

Women traveling alone cannot be sufficiently safe in Gabon without the use of enhanced security measures. Do not walk late at night and get to the hotel by taxi. Also, do not attract unwanted attention to your appearance or expensive things.

How Safe Is Gabon for Tourists?

The crime rate in Gabon varies significantly from very low to high.

For example, the most significant problems here are hacking houses, theft of things, and a high level of corruption.

Most visits are no problem.

However, in the past, there have been cases of robberies, armed attacks, and rape.

You should take personal safety measures, always keep track of your things and your wallet, and do not shine with a lot of cash and equipment (such as cameras and mobile phones).

Be careful on quiet or isolated beaches in Libreville and its environs and avoid them at night.

Road conditions are deficient in most local areas, and driving can be hazardous.

During the rainy season from October to mid-December and mid-February to May, many roads are passable only with a four-wheel-drive vehicle.

Avoid traveling by road at night.

You should avoid all demonstrations and rallies and remain vigilant during periods of unrest.

Do I Need a Visa to Visit Gabon?

Most visitors to Gabon must obtain a visa in advance, either from one of the Gabonese diplomatic missions or online. Citizens of the 8 countries on the African continent do not require a visa to enter Gabon for visits up to 90 days.

Which Currency Is Used in Gabon?

The Central African CFA franc is the currency of six independent states in Central Africa: Cameroon, Central African Republic, Chad, Republic of the Congo, Equatorial Guinea, and Gabon. The franc is nominally subdivided into 100 centimes but no centime denominations have been issued.

The best times to visit Gabon for ideal weather are mid-May to October. The average temperatures in Gabon vary very little and the weather feels hot for most of the year with a fair chance of precipitation about half of the year.

What Do I Need to Know about Airports in Gabon?

There are 3 airports in Gabon with scheduled flights. The biggest airport in Gabon is Libreville (LBV) / Leon M’Ba International Airport with flights to 18 destinations in 14 countries. It is the main international airport in the country and was constructed in the 1950s.

What Are Some Things to Do in Gabon?

Is the Water in Gabon Safe to Drink?

Water quality in Gabon is abundant but unevenly distributed and strained by high rates of urbanization. Gabon has one of the highest levels of water availability in the world. Tap water is ok for preparing food, for a drink it’s better to use bottled water.

Is Uber Safe in Gabon?

Uber service is available in Gabon. The fare will depend on the time of day and distance. The cost is deducted immediately from the credit card.