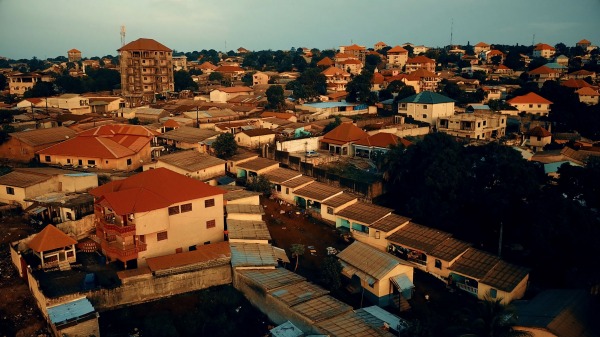 Guinea is an unsafe country. If you travel here, you will have to take special security measures. Avoid strangers and people who offer help. Do not leave the hotel late at night and travel in your car. In the event of incidents involving you, contact the embassy of your country.

Public transport is not safe and not recommended for travel. Use a rented car or take a taxi. Use only licensed taxi services. Make sure that the driver has turned on the taximeter, otherwise discuss the price of the trip in advance.

Guinea is an impoverished country, so people trap for any crime for survival. Pickpocketing is the most common crime here. Refrain from showing cash and expensive items. Avoid the poorest areas of the country.

Armed attacks and robberies are very common here. Due to problems with the drug trade, many fierce battles arise. Tourists may be forced victims of these incidents. Avoid walking after sunset, don't be on the streets alone and use a car to get around.

Unfortunately, the risk of terrorism in Guinea is quite high. Before you travel here, you should carefully study the political situation. Avoid any political and social demonstrations in the country and mass crowds.

In Guinea, there is a risk of overpriced fraud for tourists, especially taxi rides. Also, avoid shopping on the streets as you will be offered a fake. Withdraw money only at trusted ATMs at banks to prevent scamming your credit card.

Women are not recommended to travel to Guinea alone. It may not be safe here, and there have been reports of violence towards single women travelers—travel in company, preferably men. It’s best to refrain from traveling here at all.

How Safe Is Guinea for Tourists?

Guinea is not the safest country to travel to.

The crime index ranges from medium to high.

The main problems are related to robberies, car theft, vandalism.

Also, in the country, there is a big problem with drug trafficking.

Guinea is insecure because it is one of the unstable countries in Africa; therefore, lawlessness and crime are widespread.

Military officials commit most crimes to receive a bribe.

Criminals target visitors at the airport, in traditional markets, as well as near hotels and restaurants frequented by foreigners.

Be vigilant and use common sense if stuck in a specific situation.

Avoid those who ask or offer help – such offers often mask the intention to steal luggage or wallets. When taking photographs, avoid military bases and political structures, as this can be considered espionage in Guinea and can put you in jail. The police do not work very efficiently, so if you become a victim of a crime, contact your embassy. Corruption is pervasive. Police will demand a bribe at any checkpoint. Police officers will often intimidate you into paying bribes by confiscating a specific item.

Do I Need a Visa to Visit Guinea?

Visitors to Guinea must obtain a visa from one of the Guinean diplomatic missions unless they come from one of the countries or territories that are visa-exempt. A valid passport is a must.

Which Currency Is Used in Guinea?

The Guinean franc is the currency of Guinea. It is subdivided into one hundred centimes, but no centime denominations were ever issued.

The best times to visit Guinea for ideal weather are mid-November to March. Average temperatures in Guinea vary little and the weather feels hot for most of the year with a low chance of precipitation most of the year.

What Do I Need to Know about Airports in Guinea?

Conakry International Airport is an airport serving Conakry, capital of the Republic of Guinea in West Africa. It’s the busiest and biggest airport in the country. It parallels the south shore of the Kaloum Peninsula approximately five kilometers from its tip.

What Are Some Things to Do in Guinea?

Unknown by many travelers, Guinea is home to a variety of things to do. Its vast natural expanses provide countless isolated trekking circuits and great geological wonders that offer unmatched eco-tourism potential. Its towns are rich in cultural treasures, carefully preserved through time. The Fouta Djalon Plateau region offers some of the most incredible nature areas in the world. There are also many beautiful rainforests south of the country, including the UNESCO World Heritage Site, Mount Nimba.

Is the Water in Guinea Safe to Drink?

The quality of water in Guinea is becoming an increasingly important issue, most often it is publicly available and suitable for use. In Guinea, drinking tap water is not safe.

Is Uber Safe in Guinea?

Taxi Uber is available in Guinea. You can call it through the application on your smartphone. The cost will depend on the length of the path and time of day and will be charged automatically from your card.