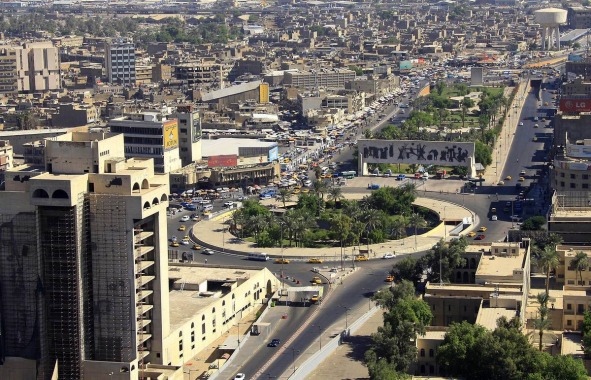 In general, Iraq is not a very safe country to travel to. But in recent years, she has recovered from wars and is improving infrastructure to attract travelers. You can go to Iraq if you observe increased security measures. Do not travel alone and be careful in desert areas - there may be minefields.

Public transport is not safe; terrorists can also capture it. It is recommended to use a taxi or a rented car for transportation. It is useful if you move with security. Be careful and use only licensed taxi services.

Petty thefts and pickpockets are common throughout the country, but especially in large cities in tourist places. Always keep an eye on your belongings and surroundings. Do not trust strangers who ask or offer help. Be careful and as vigilant as possible.

Iraq faces a variety of natural hazards and risks due to its varied climate, including drought and desertification, floods, sandstorms, and earthquakes. Affecting 2.4 percent of the population, droughts cause the largest human impact, followed by earthquakes and floods.

Armed attacks and even theft of people in some regions of Iraq are quite common. In some suburbs, this can be a big problem. Therefore, tourists are not recommended for traveling around Iraq alone. Take maximum safety measures when traveling to this country. Use the help of a paramilitary guard.

Terrorists are likely to attempt attacks in Iraq. Most threats come from Daesh. When traveling to Iraq, be as vigilant as possible and take care of your safety.

Usually, petty fraud is not a problem in Iraq. But tourists, in any case, should be careful and check everything twice, especially when you buy something from the locals or order a taxi. Withdraw money only at ATMs at banks, avoid dubious taxi carriers.

Women traveling to Iraq alone can feel safe here only if they take increased measures to ensure their safety. For example, you need to dress modestly, not to walk late at night, to avoid talking with local men and not to walk in the suburbs.

How Safe Is Iraq for Tourists?

Iraq is a country with an average crime rate.

The main problems here are related to the theft of things, hacking, car theft, violent crimes.

Also, the country has a high level of bribery and corruption.

Iraq faces many challenges that make travel risky and complicated.

The central third of the country is the most unstable; southern ports are less dangerous, but only relatively.

However, northern Iraq or Kurdistan is safe and has been subjected to very little violence since 2003.

Large cities such as Baghdad are most often attracted by political rallies, crimes, and even kidnapping.

In the north of the country, there is almost no chance of terrorism.

The police are friendly, and everyone is happy to meet with foreigners, especially with the Americans.

It is not recommended to travel alone around the country, as it is easier to become a target for a criminal.

Comprehensive private and public security services are available for your protection – you are strongly advised to use the available options for your safety.

Be careful when moving around the country, as there are still many minefields in Iraq, especially in deserts.

Never show the soles of your feet to others.

This may be considered very disrespectful by most Iraqis unless you are in the company of friends.

In most major cities, avoid addressing or glorifying the Saddam Hussein regime.

Do I Need a Visa to Visit Iraq?

Which Currency Is Used in Iraq?

The Iraqi dinar is the currency of Iraq. It is issued by the Central Bank of Iraq and is subdivided into 1,000 fils.

The best times to visit Iraq for ideal weather are March to May and November to December. Average temperatures in Iraq vary drastically and the weather feels nice most of the year, excluding some hot weeks in the summer, with a very low chance of precipitation throughout the year.

What Do I Need to Know about Airports in Iraq?

Iraq has many airports in the country. The main and busiest is Baghdad International Airport. It’s Iraq’s largest international airport, located in a suburb about 16 km west of downtown Baghdad in the Baghdad Governorate. It is the home base for Iraq’s national airline, Iraqi Airways.

What Are Some Things to Do in Iraq?

Beyond the ruins of war are surprising hidden gems that tell Iraq’s glorious story and fall from grace. Known as Mesopotamia in the old world, Iraq was one of the most famous ancient capitals, where civilizations started and where various religions thrived. The capital of Baghdad is considered to be one of the most important centers for Islam. It is slowly losing its synonymy with war as the government takes steps to restore ruined infrastructure, promote the arts, and make the city more tourist-friendly.

Is the Water in Iraq Safe to Drink?

Water supply and sanitation in Iraq are characterized by poor water and service quality. Tap water is not recommended for drinking in Iraq, use bottled water to drink.

Is Uber Safe in Iraq?

Uber taxi is not available in Iraq. But you can choose any other taxi services in your smartphone app.