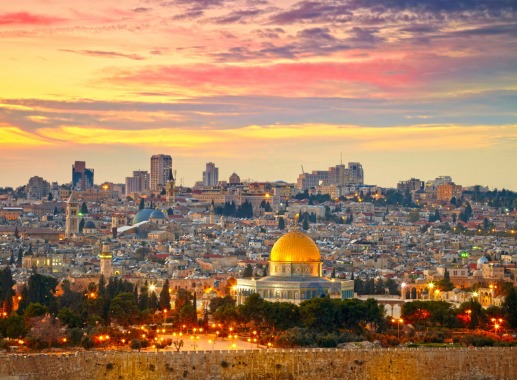 Israel is a very safe country to travel in. Here you can travel without fear for your safety at any time of the day or night because security is the prerogative of this country. However, due to military conflicts in the country, it is necessary to be on the alert and respond to all suspicious things and people.

Public transport is quite safe, but you need to be on the lookout for it. Most often, buses are targets that terrorists seize and can undermine. Taxis are safe and reliable; you can choose any licensed taxi service for travel.

Because Israel is quite a popular tourist destination, many people visit this country throughout the year. They become a target for petty scammers and pickpockets. In Israel, you must continuously monitor your pockets and things, do not trust those who ask or offer you help.

In Israel, minor earthquakes regularly occur, which, as a rule, do a little harm. However, the country is struck by a devastating earthquake about once every 100 years. Also, Israel has scorching temperatures in the summer, and sandstorms are possible.

Serious armed robberies in Israel are rare. The crime rate is very low, and violent crimes against tourists are extremely unlikely. However, be careful near the borders with Syria, Lebanon or Egypt, as there is a risk of abduction in these areas.

Terrorists are very likely to try to carry out attacks in Israel and the Occupied Palestinian Territories. Attacks could be indiscriminate, including in crowded areas, government, military, and police installations and against personnel, transportation networks, businesses with Western interests. You should be particularly vigilant in these areas and follow any specific advice of the local security authorities.

The risk of running into fraud in Israel is very low. Just use licensed services, purchase services, and products in certified locations and avoid suspicious people.

Women traveling alone can feel utterly safe in Israel. Just use common sense, do not attract too much attention, and avoid walking along the night streets.

How Safe Is Israel for Tourists?

Israel is one of the safest countries in the world.

There may be small problems in the field of bribery and corruption.

Travel to Israel is relatively safe when there is no fighting between Israel and Palestinian militants.

And most other crime rates are well below those found in most other Western Countries.

Caution should be exercised, especially in disputed military areas.

Avoid suspicious persons, report to the police anyway if you see an unplanned package.

Also, never leave your bag unattended in public places, as this may be considered a bomb.

This is the norm, so don’t be alarmed.

Very often (even required by law) to see private armed guards at every public entrance (for shopping centers, shops, restaurants, etc.). Security guards ask you to inspect your bags and can use a metal detector on your face.

You can walk around cities and towns at night without fear, as robberies and drunken violence are rare.

Single women, in particular, must still take care late at night, but the risks here are much lower than almost anywhere in Europe and America.

Do I Need a Visa to Visit Israel?

Visitors to Israel must obtain a visa from one of the Israeli diplomatic missions unless they come from one of the visa-exempt countries. All visitors must hold a passport that is valid for 6 months after the date of departure from Israel.

Which Currency Is Used in Israel?

The Israeli new shekel, also known as merely the Israeli shekel, is the currency of Israel and is also used as a legal tender in the Palestinian territories of the West Bank and the Gaza Strip. The new shekel is divided into 100 agora.

The best times to visit Israel for ideal weather are mid-February to June and November to mid-December. Average temperatures in Israel vary greatly, and the weather feels nice most of the year, excluding some hot weeks in the summer, with a meager chance of precipitation throughout the year.

What Do I Need to Know about Airports in Israel?

Currently, there are three international airports operational in Israel, all managed by the Israel Airports Authority. Ben Gurion Airport serves as the main entrance and exit airport in and out of Israel. Ramon Airport being the second largest airport, serves as the primary diversion airport for Ben Gurion Airport, while Haifa Airport also has a military base alongside its civilian terminal.

What Are Some Things to Do in Israel?

Israel is a country in the Middle East off the eastern coast of the Mediterranean Sea that Jews, Christians, and Muslims consider the Bible to be the Holy Land. The main shrines of the country are located in the Old City of Jerusalem: the Temple Mount, on which the Sanctuary of the Dome of the Rock is erected, the ancient Wailing Wall, and Al-Aqsa Mosque, and the Church of the Holy Sepulcher. Tel Aviv, the financial center of Israel, is known for its beaches.

Is the Water in Israel Safe to Drink?

The Israeli standard is one of the strictest in the world, and the water quality is high and good in 99.7%. Tap water in Israel is suitable and safe to drink.

Is Uber Safe in Israel?

Uber service is available in Israel. The fare will depend on the time of day and distance. The cost is deducted immediately from the credit card.