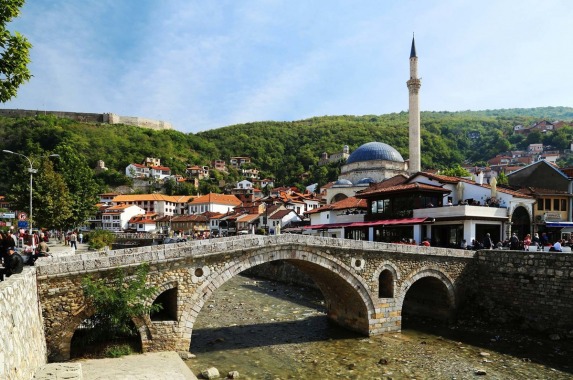 Kosovo, as a whole, is a relatively safe country to visit. Use common sense and the usual precautions when visiting Kosovo. Avoid talking about politics and do not get involved in political and other disputes.

Public transport is quite safe in Kosovo. However, it is better to use a taxi or a rented car. Remember that you need to use only licensed taxi services, make sure that the driver has turned on the taximeter, or agree on the price of the trip in advance.

Pickpockets are found in Kosovo. Therefore, it is important here not to lose vigilance and always monitor your belongings and pockets. Be careful with those who ask or offer help. It can be distracting maneuvers to empty your pockets.

In particularly hot and dry periods, there is a danger of forest fires. Be careful when visiting or riding through woodlands. Kosovo is also located in a seismically active zone, and earthquakes are frequent. However, they are rare and usually not reliable.

Armed severe robberies and attacks in Kosovo are rare. Also, there are peacekeeping forces in the region. Therefore, this risk is quite low. However, remember that in any rule, there are exceptions and do not lose vigilance while in this country.

Terrorists will most likely attempt to attack in Kosovo. Attacks can be indiscriminate, including in places visited by foreigners, at significant public events, and cultural events. Terrorists can attack religious sites, including churches. Avoid demonstrations and large gatherings of people.

Fraud in Kosovo is most often associated with the desire to deceive a tourist, sell a low-quality thing expensively or betray the price of a taxi. Always check everything carefully and use licensed services to avoid the risk of fraud.

Usually women traveling alone do not have problems in Kosovo. Simple follow common sense and behave as you would in your own country. Avoid traveling late at night and do not communicate with suspicious local men.

How Safe Is Kosovo for Tourists?

In general, Kosovo is a relatively safe territory.

The crime index here is not very high.

Locals are quite hospitable, but you should avoid talking about politics.

This is a sore point here.

Peacekeeping forces are still operating in this region, so if a conflict arises, you will be quickly evacuated from the area.

Kosovo is a country that is used to having a vast number of foreigners from around the world: since the end of the war, more than 200,000 international workers have helped and restored their forces throughout the country.

However, petty crimes are still possible.

Stay alert and watch your surroundings.

Use only registered taxis, as they have fixed rates, and you will not be deceived.

In Kosovo, land mines used during the Yugoslav civil wars can still often be found.

Although this was a severe problem in the country in the first four years after the war, it is now scarce that you come across them; the most unsafe areas are rural areas in the central part of Kosovo and the border region of Kosovo-Albania.

It is perfectly safe to go camping and hiking – just ask before doing this to make sure that this is not a suspicious area. Most trips and campsites take place in areas where there was no war, like in the Sharr mountains, where there is a ski and camping resort.

Do I Need a Visa to Visit Kosovo?

The Visa Policy of Kosovo deals with the requirements which a foreign national wishing to enter Kosovo must meet to obtain a visa, which is a permit to travel to, enter and remain in Kosovo. A valid passport is a must.

Which Currency Is Used in Kosovo?

The euro is the official currency in Finland. The euro is divided into 100 cents. It has a sign: € and a code: EUR.

The best times to visit Kosovo for ideal weather are May to October. The average temperatures in Kosovo vary drastically and the weather feels cold for about half of the year and otherwise nice with a very low chance of rain or snow throughout the year.

What Do I Need to Know about Airports in Kosovo?

Kosovo has three airports. The main and busiest is in the capital, Pristina. Pristina International Airport “Adem Yashari” is an international airport located 15 kilometers southwest of Pristina, Kosovo. The airport has flights to many European destinations.

What Are Some Things to Do in Kosovo?

The Republic of Kosovo is a partially recognized state in Southeast Europe, on the Balkan Peninsula, in the geographical region of Kosovo. The capital is Pristina. The official languages are Albanian and Serbian. In this country, you can get acquainted with mosques, go to Mount Zhleb, and spend several hiking mountain trails.

Is the Water in Kosovo Safe to Drink?

In general, Kosovo is considered to have good tap water quality which also includes Pristina as one of its most developed cities. Moreover, the water coming from kitchen taps is drinkable.

Is Uber Safe in Kosovo?

Uber service is not available in Kosovo. You can use any other local taxi services.