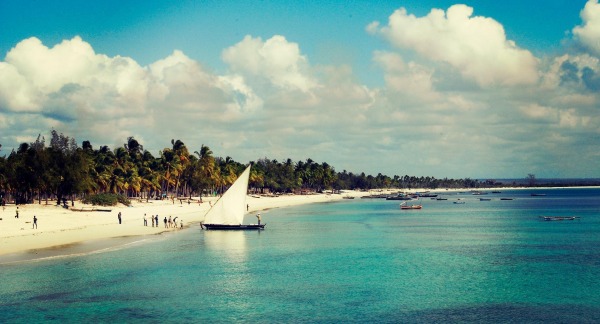 Mozambique is considered much safer in terms of tourism than its surrounding countries. However, one must also exercise maximum caution and follow common sense so that the trip does not bring trouble.

Public transport in Mozambique is not considered safe. It is best avoided. Better to get around in your car or use a taxi. Taxis are reliable if you take a licensed taxi service. Also, make sure the driver turns on the taximeter or discuss the price of the trip in advance.

There are a lot of pickpockets in Mozambique. Extraordinarily often, tourists are their victims. You should be as careful as possible, monitor your pockets and backpacks, avoid places with a large crowd of people: bazaars, train stations, public transport.

Mozambique ranks third among African countries most exposed to multiple weather-related hazards and suffers from periodic cyclones, droughts, floods, and related epidemics. Dryness occurs primarily in the southern region, with a frequency of seven droughts every ten years.

Armed attacks and robberies, as well as kidnapping and violence, occur in Mozambique quite often. Do not walk after sunset, are not alone in the streets, park your car in secure parking lots, and always close your house carefully. Try not to stand out in the crowd and not shine with cash and jewelry.

Terrorist attacks do not happen here, but they cannot be ruled out. Avoid any political and religious demonstrations, do not participate in rallies and drunken showdowns.

In Mozambique, fraud is connected with the desire to deceive tourists, set a triple price for a keychain, or cheat by the cost of a taxi. Carefully check everything twice and several times, agree on a price in advance. Avoid dubious shops and stores. Withdraw money only at ATMs in banks.

Women traveling to Mozambique alone are advised to observe enhanced security measures. Try not to be late at night on the city streets or the beaches. Do not wear too torn clothes and do not attract undue attention to expensive accessories or loud behavior.

How Safe Is Mozambique for Tourists?

Mozambique is an unsafe country to travel to.

The crime index here ranges from high to medium.

The main problems are related to theft, assault, car theft, violence, and corruption.

In Mozambique, increased precautions should be taken.

Women absolutely must never walk alone on the beaches; in recent years, attacks on women in tourist areas have become more frequent.

Avoid places far from city centers, and do not go outside in the dark.

The inhabitants of Mozambique are quite friendly, and you will encounter much fewer difficulties than in almost all the countries surrounding it.

Recently, violence has erupted between FRELIMO and RENAMO, and many South African tourists have been attacked.

Violence is evident only north of Vilanculos.

If you remain south of this, you should avoid any violence.

Consult your local Ministry of Foreign Affairs for more information and to ensure a safe trip to Mozambique.

Upon arrival in Mozambique, it is recommended that you report your presence to your country’s embassy in Maputo or to a consulate in another major city.

There are regions in the country where underground mines can still be found.

However, they are usually not located in tourist areas.

Do I Need a Visa to Visit Mozambique?

Visitors to Mozambique, unless they come from one of the visa-exempt countries can obtain a visa on arrival at all border posts or from one of the Mozambican diplomatic missions. Mozambique is part of SADC, meaning that members of other SADC countries do not require a tourist visa if visiting Mozambique for tourism purposes.

Which Currency Is Used in Mozambique?

The metical is the currency of Mozambique, abbreviated with the symbol MZN or MT. It is nominally divided into 100 centavos. The name metical comes from Arabic a unit of weight and an alternative name for the gold dinar coin that was used throughout much of Africa until the 19th century.

What Do I Need to Know about Airports in Mozambique?

What Are Some Things to Do in Mozambique?

Mozambique is a state in South Africa, washed by the waters of the Indian Ocean. On the coast of the country, which stretches for 2.5 thousand kilometers, you can visit crowded beaches, such as Tofo, and marine parks. The coral island of Ibo overgrown with mangrove forests in the Kirimbas archipelago, which is about 250 kilometers long, is known for the ruins of colonial buildings erected during the rule of the Portuguese. To the south is the Bazaruto archipelago, in the reefs of which rare marine animals, such as dugongs, live.

Is the Water in Mozambique Safe to Drink?

Water supply and sanitation in Mozambique is characterized by low levels of access to at least basic water source. Tap water isn’t drinkable.

Is Uber Safe in Mozambique?

There is no Uber taxi in Mozambique. However, you can use any other taxi service in this country or travel by car.