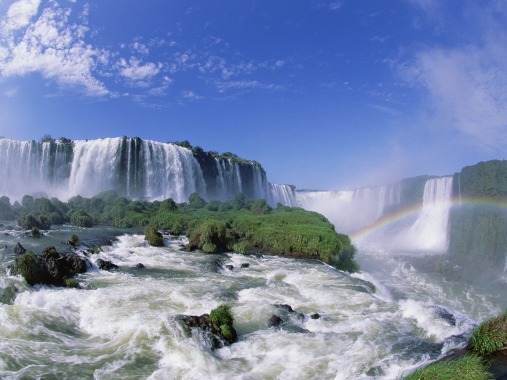 In general, Paraguay is a safe country to travel if you take precautions. Minor thefts and robbery are common here; however, in large cities, it is more reliable. Always have a passport with you.

Public transport is not very safe in Paraguay. Pickpockets often operate in it, and the movement schedule is not always strictly observed. Use a taxi or a rented car to travel around the country.

Pickpockets and bag thieves in Paraguay is a big problem. Often they prey on those who do not look after their things. Bags and backpacks can be pulled out right on the streets or at intersections, driving past on a moped. Be careful, keep your belongings with you, and keep valuables in the hotel safe.

Natural disasters. Heavy rainfall and flooding have affected several areas, including some regions of Asunción and neighboring cities. Residents of the worst affected areas have been evacuated, and water levels are expected to continue to rise.

Violent severe crimes affect areas of Paraguay that are remote from major cities. Be careful, move in groups. Avoid drunk people and do not take part in street showdowns.

No cases of terrorism are known in Paraguay, and the country as a whole is not exposed to this risk. Nevertheless, study the political situation in the country before your visit here and avoid any demonstrations and rallies.

Most often, fraud in Paraguay is associated with street lotteries, the sale of tickets for non-existent flights, or excursions. Be careful not to participate in such events. Buy goods and services only in licensed locations. Withdraw money at ATMs at banks to avoid scamming your card.

Women traveling alone to Paraguay can feel quite safe if they follow specific measures. Do not walk around the city at night. Do not draw attention to yourself with your clothes or expensive items. Return to the hotel by taxi if it is too late.

How Safe Is Paraguay for Tourists?

It is believed that the major cities of Paraguay are safer than the smaller ones.

Usually, tourists are not concerned with disassembling local gangs and thieves.

However, common sense should be kept and watch over your things and surroundings.

When traveling around Paraguay, you need to have a copy or original ID with you.

The police have a reputation for being corrupt, and if they stop you for any reason, they will need an identification card, and they can expect a careful bribe before allowing you to move on.

However, this is more common in rural areas.

Women should apply the same night loneliness policies as in the cities of their country.

Loud and drunken behavior on the street is unacceptable and will attract the attention of the police or bandits.

Ciudad del Este, on the eastern border of Paraguay with Brazil, is a shopping center for people in the region.

The city has a name as a center for illegal activities such as smuggling, money laundering, and counterfeiting, but this should not affect your trips.

Pay attention to pickpockets and keep bags and wallets safe, as in any other large city.

Do not, of course, take part in criminal activity at any level.

Do I Need a Visa to Visit Paraguay?

A foreign national wishing to enter Paraguay must obtain a visa unless they are citizens of one of the eligible visa exempt countries or countries whose citizens are granted visas on arrival. A valid passport is a must.

Which Currency Is Used in Paraguay?

The guaraní is the national currency unit of Paraguay. The guaraní was divided into 100 céntimos but, because of inflation, céntimos are no longer in use. It has sign: ₲ and code: PYG

The best times to visit Paraguay for ideal weather are mid-April to October. Average temperatures in Paraguay vary somewhat, and the weather feels hot for about half of the year and otherwise nice with a chance of rain throughout most of the year.

What Do I Need to Know about Airports in Paraguay?

Silvio Pettirossi International Airport is Paraguay’s main national and international gateway, located at Luque, serving the capital city, Asunción. It is the busiest airport in the country.

What Are Some Things to Do in Paraguay?

Paraguay is a landlocked state located between Argentina, Brazil, and Bolivia. Large areas are occupied by swamps, subtropical forests, and the Chaco – a semi-desert area where savannah and shrub-steppe are combined. The capital is located in the city of Asuncion, lying on the banks of the Paraguay River. Here is the Government Palace and the Del Barro Museum, which features pottery from pre-Columbian times and Nanduti lace. Lace can be bought at local stores.

Is the Water in Paraguay Safe to Drink?

Most citizens of the country have access to water resources. However, drinking tap water is not recommended.

Is Uber Safe in Paraguay?

There is an Uber taxi in Paraguay. You can call it from the application on your smartphone. The price of the trip will depend on the distance and time of day.