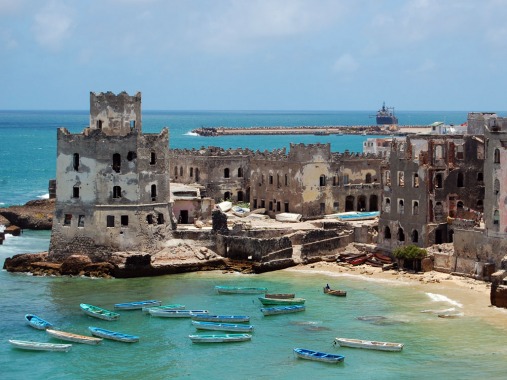 Somalia is an unsafe travel destination, and you risk more if you travel here. For movement around the country, it is better to use paramilitary guards and guides. It is strictly not recommended to travel alone.

Somalia has long been without a proper government, so the infrastructure here is in poor condition. Deplorable roads and public transport are in terrible condition. In addition, terrorists often attack buses. For transportation, it is better to use a taxi or a rented car.

Petty theft is omnipresent. Snatching bags from the hands of tourists occurs even at intersections. Always watch your belongings and do not leave them unattended. Do not show a lot of cash and expensive things.

The main threats are drought and intermittent rainfall, as well as floods and earthquakes. Examine the weather conditions before you visit this country.

Unfortunately, armed attacks and kidnapping for ransom in Somalia are not uncommon. To avoid this risk, it is better to hire a paramilitary guard or guide. Do not travel alone, always be in the company of like-minded people, and avoid particularly dangerous areas of the country.

Terrorists are very likely to try to carry out attacks in Somalia, including kidnapping. Attacks could be indiscriminate, including in crowded places, high-profile events, events involving government officials and in places visited by foreigners, such as hotels and restaurants.

Fraud is common and often concerns tourists. You can be deceived with surrender, bring the wrong score in a restaurant, sell trinkets expensively. It is also better to withdraw money from ATMs at banks to avoid the risk of credit card scams.

Women traveling alone are not strictly advised to be unaccompanied in Somalia. Whenever possible, wear modest clothes, do not attract attention to yourself, and avoid being outdoors after sunset.

How Safe Is Somalia for Tourists?

Somalia is not the safest country to travel in.

In general, the crime index here is kept at an average level.

The main problems are related to robberies and corruption.

Due to terrorist groups operating in Somalia, it may not be safe here.

Beware of areas where you see armed people or where you hear gunshots or explosions.

Also, be careful about violent crimes.

Although the Somali government has created the police, it is still developing, and the level of corruption/crime is still high.

There is also a high probability of being kidnapped.

Therefore, it is better to travel in a group and only in tourist areas.

If you are traveling in a rented car, beware of a rough ride from local drivers.

They often violate the rules of the road.

It’s better if you have an armed guide or paramilitary guards to move around the country.

Somalia is a Muslim country.

It’s not customary to shoot other people on camera; this can lead to conflicts.

Also, respect the local culture, do not wear too revealing clothing.

It is also not customary to drink alcohol and discuss religion.

Do I Need a Visa to Visit Somalia?

In accordance with the law, citizens of all countries require a visa to visit Somalia. A valid passport is a must.

Which Currency Is Used in Somalia?

The Somali shilling is the official currency of Somalia. It is subdivided into 100 senti.

Weather-wise, the best time to visit the country is early during the second winter dry season in the months of January and February. At this time, the humidity of the rainy season has subsided, but the temperatures are also not as high as those experienced during the first dry season.

What Do I Need to Know about Airports in Somalia?

What Are Some Things to Do in Somalia?

Despite the devastating and ongoing civil war, Somalia managed to preserve most of its natural beauty. There are many national parks, beautiful snorkeling beaches, and the opportunity to visit a real African safari.
Somalia has an interesting and complex culture, which is certainly interesting to explore.

Is the Water in Somalia Safe to Drink?

The majority of groundwater sources in the country have salinity levels above 2,000µS/cm, which is over the required standard for drinking water. Tap water isn’t drinkable.

Is Uber Safe in Somalia?

There is no Uber service in Somalia. But you can use any other taxi services in this country.