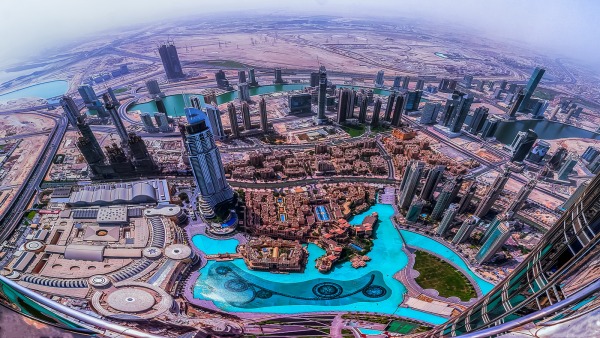 The United Arab Emirates is one of the safest countries in the world. Travelers can come here without fear of the risk of any severe accidents. Behave in the same way you would in your country, wear modest clothes and avoid alcohol and drugs.

Public transport is well developed and safe, and taxis are also convenient. If you are traveling in your car, you should be very careful as local drivers drive very fast and often violate traffic rules. There are many road accident incidents in the UAE.

Pickpockets can be found in large shopping malls, bazaars, and airports. However, common sense will help you avoid problems with them. Do not leave personal belongings unattended, especially on the beach.

In the past 20 years, the UAE has been subject to earthquakes, landslides, floods and tropical storms. Study the weather conditions before your visit to this country.

There are no armed severe attacks or robberies in the UAE. You can walk at any time of the day or night without fear. As usual, use common sense and behave in a culturally appropriate way.

Terrorist attacks on the United Arab Emirates are possible. The risk is associated with neighboring countries that border the emirates. Study the political situation in the region before your trip here.

Fraud is rare. The country is wealthy, and the locals do not need to cheat with tourists. In some poor regions and older districts, souvenir and merchandise price scams are possible. Be careful.

Women traveling alone can feel quite safe in this country. However, you need to follow specific rules: wear modest clothes, do not draw attention to yourself with loud conversations, and your behavior.

How Safe Is United Arab Emirates for Tourists?

The UAE is one of the few Middle Eastern countries that are safer for tourists and locals as they tend to stay neutral in conflicts usually.

The UAE has stringent laws related to the use of alcohol and drugs.

If you are caught under their influence, you will face a very harsh prison term.

Another cause for concern is the very high rate of automobile accidents: besides due care while driving a vehicle, crossing the road on foot can be quite dangerous as well.

Police in the UAE are almost always helpful and honest and are seen as very trustworthy.

Emirati people are welcoming people, and they are usually very polite and friendly.

Like most peoples of the world, they welcome visitors who are willing to show some respect and can be extremely generous. Tourists should respect the local culture and dress modestly.

For example, men and women should have their knees and shoulders covered.

Do I Need a Visa to Visit United Arab Emirates?

Visitors to the United Arab Emirates must obtain a visa before travel unless they come from one of the visa-exempt countries or one of the countries whose citizens are eligible for a visa on arrival. A valid passport is a must.

Which Currency Is Used in United Arab Emirates?

What Do I Need to Know about Airports in United Arab Emirates?

What Are Some Things to Do in United Arab Emirates?

The United Arab Emirates (UAE) is a state on the Arabian Peninsula along the southern coast of the Persian Gulf, consisting of seven emirates. The capital of the country, Abu Dhabi, located on a coastal island, is famous for the Sheikh Zayed Grand Mosque, which accommodates more than 40 thousand believers and is illuminated by crystal chandeliers. In Dubai, tourists are attracted by the world’s tallest skyscraper Burj Khalifa, massive shopping centers, and entertainment venues in a distinctive style.

Is the Water in United Arab Emirates Safe to Drink?

The water quality in the United Arab Emirates is adequate and the country is well supplied with water resources. Tap water is not potable.

There is an Uber taxi in the United Arab Emirates. It can be called from the application on the smartphone. The cost of the trip will depend on the time of day and the length of the journey.