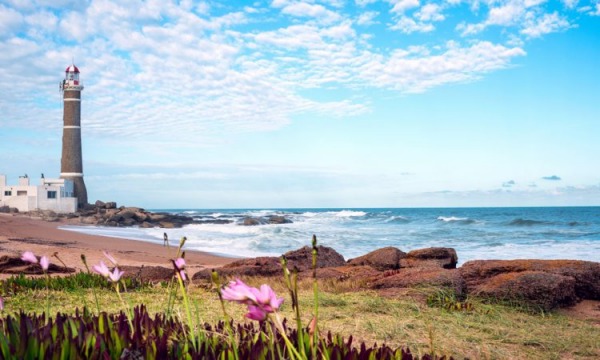 Uruguay is considered one of the safest countries in Latin America. Tourists are warmly received in the country. Use common sense when traveling in Uruguay, and you won't run into significant problems here.

Public transport is well-developed and accessible in Uruguay. Keep an eye on your pockets when traveling on buses. Taxis are safe and use a taximeter, so there are usually no problems with overpaying for them.

Pickpockets can operate in crowded places: tourist attractions, train stations, airports, and public transport. Just keep an eye on your belongings and your surroundings to avoid this problem.

Uruguay is prone to several natural disasters such as tornadoes, heavy rain, and flooding. Study the weather conditions in the country before your visit here.

The risk of severe armed attacks is present in Uruguay but is not shared. Avoid remote areas, return to the hotel by taxi if it's already late at night, do not carry a lot of cash and jewelry with you.

There have been no terrorist attacks in Uruguay's recent history. However, you always need to be on the alert. Avoid political and religious demonstrations, do not participate in street rallies.

There are usually not so many scams against tourists in Uruguay. You will most likely avoid this risk if you check everything thoroughly and purchase goods and services from certified locations.

Women traveling alone can feel quite safe in this country. However, you need to follow specific rules: wear modest clothes, do not draw attention to yourself with loud conversations, and your behavior.

How Safe Is Uruguay for Tourists?

Uruguay is not the safest country to travel to.

The crime index here ranges from low to high, depending on the area of crime.

The main problems are associated with theft and burglary of cars, vandalism, and assaults for robbery.

In general, the percentage of violent crimes is usually not high in Uruguay, lower than in neighboring countries.

And usually, serious crimes do not include concern tourists.

However, this does not mean that Uruguay is crime-free.

The main differences are that most of the crimes of Uruguayans are either non-confrontational or not related to the use of firearms free of charge.

It is essential to use common sense, not to walk late at night on the streets, not to visit remote and disadvantaged areas, carry a minimum amount of cash with you, and use an anti-theft backpack and money belt.

As with any country, you should be extremely careful not to do anything that could be considered a violation of Uruguayan law.

Uruguay is not particularly open to gays and lesbians compared to Brazil. There are several gay and lesbian bars in Montevideo and Punta del Este, but there is no public “weird” community outside these two cities. Avoid political talk and disrespect for local government. It can lead to conflicts with the local population.

Do I Need a Visa to Visit Uruguay?

Which Currency Is Used in Uruguay?

Uruguayan peso has been a name of the Uruguayan currency since Uruguay’s settlement by Europeans. The present money, the peso uruguayo, was adopted in 1993 and is subdivided into 100 centésimos. There are no centésimo coins currently in circulation.

The best times to visit Uruguay for ideal weather are March to June and September to mid-December. Average temperatures in Uruguay vary greatly, and the weather feels nice most of the year, excluding some cold weeks in the winter, with a fair chance of precipitation about half of the year.

What Do I Need to Know about Airports in Uruguay?

Carrasco/General Cesáreo L. Berisso International Airport is the leading international airport in Uruguay. It also is the country’s largest airport, and it was located in the name-giving Carrasco neighborhood; later, the region formed part of Canelones, actually located in Ciudad de la Costa. It has been cited as one of the most efficient and traveler-friendly airports in Latin America.

What Are Some Things to Do in Uruguay?

Uruguay is a country in South America known for lush greenery and beaches. In the center of the capital, the city of Montevideo, on Independence Square, there is the Citadel Gate – the surviving part of the fortress wall. From here begins the Old Town with Art Deco and Colonial buildings. In the north-western part of it is the Port Market, where you can try steak in one of the many restaurants. There are fish rows, marinas, and parks along the La Rambla.

Is the Water in Uruguay Safe to Drink?

Is Uber Safe in Uruguay?

There is an Uber taxi in the Uruguay. The fare will depend on trip length and time of the day. You can call a taxi from the app on a smartphone.