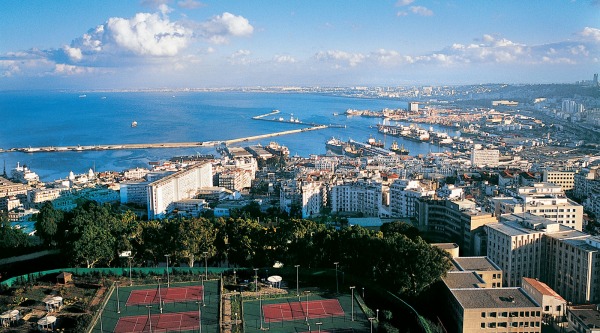 Algeria - safety as a country

Algiers is the capital and largest city of Algeria. Algiers is located on the Mediterranean Sea and in the north-central portion of Algeria. The modern part of the city is built on the level ground by the seashore; the old part, the ancient city of the deys, climbs the steep hill behind the modern town and is crowned by the Casbah or citadel, 122 meters above the sea.

Algiers is not the safest city, but if you avoid distant districts from the city center and do not walk alone late at night, you can avoid most of the problems in this city.

Public transport is not well developed. Traffic on the roads can be bustling and unsafe. Pickpockets are common on buses. Use only licensed taxi services.

Pickpocketing occurs in Algiers at every turn, so wear an anti-theft backpack, look after your belongings, and don't leave your phones and wallets unattended. In crowded places, keep an eye on your surroundings.

Algiers is not exposed to any serious risks of natural disasters.

In the suburbs of Algiers, local gangs' showdowns take place; during these showdowns, there are shootings and kidnappings. Avoid these areas and don't get involved with drugs.

How Safe Is Algiers for Tourists?

Algiers is a relatively safe city to visit.

Petty theft and pickpocketing do occur in Algeria.

Make sure you don’t make your wealth obvious, either.

Dangling cameras, flashing money or credit cards, or expensive jewelry is not a good idea.

Potential thieves will oversee you and strike when you least expect it.

Keep your valuables secure and be aware of your surroundings.

Theft of contents and parts from parked cars, so never leave valuables in sight while the vehicle is unattended or stopped in traffic.

Keep your car doors locked and windows up whether you are on the move or have parked the car.

Luggage theft and pickpocketing on buses and trains do happen, so make sure your bags are secured, valuables close to you, and keep an eye on your belongings.

Thieves have been reported to target hotel rooms.

If you do leave things behind, secure your valuables in the room or hotel safe.

Hide things out of sight.

Do I Need a Visa to Visit Algiers?

Visitors to Algeria must obtain a visa from one of the diplomatic missions of Algeria unless they come from one of the countries without a visa. In addition, all visitors must have a passport valid for 6 months from the date of entry into Algeria.

Which Currency Is Used in Algiers?

Algerian dinar is the national currency of Algeria, equal to 100 centimes.

In Algiers, the summers are warm, muggy, dry, and mostly clear, and the winters are long, cold, windy, and partly cloudy. Therefore, the best time to visit Algiers is the months of March and those between October and November when the days are cool and sunny.

What Do I Need to Know about Airports in Algiers?

What Are Some Things to Do in Algiers?

Algeria is a city on the Mediterranean coast and the capital of the state of the same name. It is known for its whitewashed buildings in the Kasbah, the winding medina, Ottoman palaces, and ancient fortress ruins. The 17th-century Ketshava Mosque is decorated with two tall minarets, and the Grand Mosque is decorated with marble columns and arches. The Cathedral of Our Lady of Africa, located on the top of the cliff, stands out for its large silver dome and mosaics.

Is the Water in Algiers Safe to Drink?

Is Uber Safe in Algiers?

There is no Uber taxi in Algiers. However, you can use any other local taxi services.