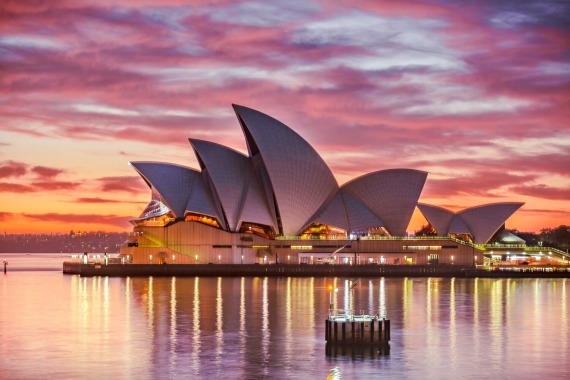 Australia - safety as a country

Sydney is the capital city of the state of New South Wales, and the most populous city in Oceania. Located on Australia’s east coast, the metropolis surrounds Port Jackson and extends about 70 km on its periphery towards the Blue Mountains to the west, Hawkesbury to the north, the Royal National Park to the south and Macarthur to the south-west.

Sydney is one of the safest cities in the world and also in Australia. You can travel safely through this city with your usual safety precautions.

Public transport is well developed and safe. Beware of scammers and pickpockets on buses. Taxi is a reliable and safe way to get around the city.

In general, pickpockets are rare in Sydney, and rare cases can occur in crowded transport and tourist destinations. Watch your pockets and your surroundings.

In Sydney, the main danger is the summer heat. Carry a bottle of water with you to stay hydrated. Floods are possible during the rainy season, but they are less frequent.

Serious robberies and armed attacks are virtually non-existent in Sydney. In any case, keep your common sense and behave in this city as you would in your hometown.

As Sydney is notoriously well-known for its adult entertainment, beware of a variation on the 'clip joint' scam in Kings Cross, where bouncers will haggle with you to enter a strip club. Once inside, you will be pressured to buy (overpriced) drinks from the bar, the place will be deserted, and prostitutes may proposition you. Other than that, there are very few tourist scams present in Sydney.

Women traveling alone can be safe when traveling in Sydney. It is quite safe to feel here, even in the dark. However, in any case, remain vigilant and prudent.

How Safe Is Sydney for Tourists?

Sydney is a safe city to travel to.

The crime rate is shallow here.

It is usually safe even late at night in the city. You can even walk alone without fear of problems.

The police guarantee security in the city center and crowded places in front of monuments and attractions, especially at night.

Lock your car when traveling and keep valuables safe or hide.

People who beg can ask for money or cigarettes, but they are usually harmless.

It is enough to refuse them so that they fall behind.

Do not carry many cash and expensive things with you not to attract scammers, and you will stay safe.

George Street and Belmore Park can be a little dangerous and should be avoided at night due to some drug addicts and dangerous people.

The biggest thing to remember when swimming at any Sydney beach is to swim between the yellow and red flags.

These flags are placed by the lifeguards and indicate the safest place to swim at the beach, away from dangerous currents.

Drunk people are common on trains late at night, particularly on Friday and Saturday nights.

Do I Need a Visa to Visit Sydney?

Australia’s visa policy deals with the requirements that a foreign national wishing to enter Australia must meet to obtain a visa, which is a permit to travel, to enter and remain in the country. A valid passport is a must.

Which Currency Is Used in Sydney?

The Australian dollar is Australia’s currency, including its external territories: Christmas Island, Cocos (Keeling) Islands, and Norfolk Island. The $ symbol precedes the amount. It is subdivided into 100 cents.

In Sydney, the summers are warm and partly cloudy, and the winters are short, cool, and mostly clear. The best times to visit Sydney for ideal weather are mid-February to mid-May or mid-August to November.

What Do I Need to Know about Airports in Sydney?

The main airport is Sydney Airport, well known as Kingsford Smith Airport. Other airports can also be used when coming to Australia, like Melbourne, Brisbane, and Perth.

What Are Some Things to Do in Sydney?

Sydney, the capital of New South Wales and one of Australia’s largest cities, is best known for its harbourfront Sydney Opera House, with a distinctive sail-like design. Massive Darling Harbour and the smaller Circular Quay port are hubs of waterside life, with the arched Harbour Bridge and esteemed Royal Botanic Garden nearby. Sydney Tower’s outdoor platform, the Skywalk, offers 360-degree views of the city and suburbs.

Is the Water in Sydney Safe to Drink?

The tap waters all over Australia are drinkable. You do not need to boil it.

Is Uber Safe in Sydney?

There is an Uber taxi in Sydney. The cost of the trip will depend on the time of day and distance. You can call a taxi from the application on your smartphone.