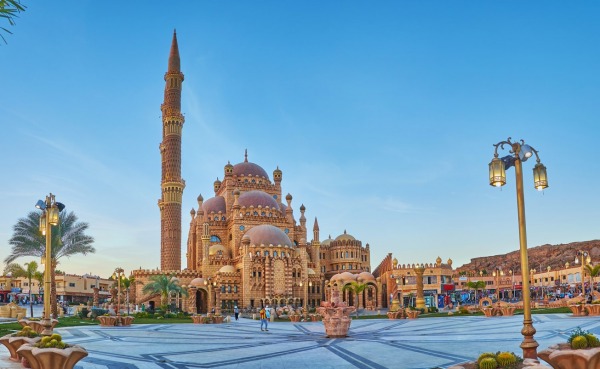 Egypt - safety as a country

Sharm El Sheikh is an Egyptian city on the southern tip of the Sinai Peninsula, in South Sinai Governorate, on the Red Sea’s coastal strip. Its population is approximately 73,000 as of 2015. Sharm El Sheikh is the administrative hub of Egypt’s South Sinai Governorate, which includes the smaller coastal towns of Dahab and Nuweiba as well as the mountainous interior, St. Catherine and Mount Sinai. The city and holiday resort is a significant center for tourism in Egypt while also attracting many international conferences and diplomatic meetings.

Basically, in Sharm El Sheikh, there are no problems for tourists. It is important not to leave the tourist areas and be attentive to your surroundings. Use common sense and store valuables in the hotel safe.

Public transport can be unsafe, especially during the dark hours of the day. If you are traveling by your car, be careful - local traffic can be quite chaotic. Use only licensed taxi services for transportation.

Sharm El Sheikh is a very touristy city, so there are a lot of pickpockets. Don't carry a lot of valuables and cash with you. Keep original documents in the hotel safe; always keep an eye on your belongings and bags.

Due to its location, various natural disasters can occur in Sharm El Sheikh, including sand and dust storms, floods, and landslides. Study the weather conditions before your trip here.

Kidnappings and car thefts can happen in this city. However, this usually does not apply to tourists in tourist areas. In any case, be as careful as possible and do not walk around the city late at night.

Sharm el Sheikh is a city where terrorist attacks are likely due to extremists associated with Daesh Sinai, who may attack religious sites and places frequented by tourists, as they have already launched several attacks on Christians in the last year. Investigate the political background before your trip here.

The main problems here are usually associated with petty theft and deceiving tourists in taxis and souvenirs' price. Double-check all money transactions.

Women in Sharm el Sheikh should be careful not to walk alone late at night in the streets and not draw undue attention to themselves.

How Safe Is Sharm el Sheikh for Tourists?

The crime rate is low here.

The government of different countries warns against travel to some regions, including the Governorate of South Sinai, excluding Sharm el-Sheikh and the airport.

They also warn of any travel to the area west of the Nile Valley and Nile Delta regions (excluding the coastal areas between the Nile Delta and Marsa Matruh).

While most tourist holidays are without any problems, terrorists are also “very likely” to carry out attacks, especially in areas popular with foreign travelers.

Before the terror attack, Sharm el-Sheikh was a favorite winter sun destination.

The crime rate in Egypt is generally low, but over the years, visitors have occasionally become victims of armed robberies, robberies (including in taxis).

Use only licensed taxi services to avoid such problems.

If you are traveling by minibus, try not to be the last passenger on the bus.

Be especially careful when traveling alone, especially in taxis and minibusses.

Store valuables and documents in the hotel safe.

If you are the victim of any crime and want to report it, you should immediately contact the tourist police.

If you do not report the crimes before leaving Egypt, it will be impossible to go to court later.

Do I Need a Visa to Visit Sharm el Sheikh?

Visitors to Egypt must obtain a visa from one of the Egyptian diplomatic missions unless they come from one of the visa-exempt countries or eligible for a visa on arrival. Visitors must hold passports that are valid for at least 6 months from the arrival date to Egypt.

Which Currency Is Used in Sharm el Sheikh?

The currency in Egypt is the pound (EGP), abbreviated E£. In Arabic, the pound is called a guineh. It is divided into 100 piastres, or ersh or 1,000 milliemes.

In Sharm el-Sheikh, the summers are hot, muggy, arid, and clear, and the winters are comfortable, dry, windy, and mostly clear. Summer lasts from May to October when the sea is pleasantly warm, and it is the best time to visit this city.

What Do I Need to Know about Airports in Sharm el Sheikh?

What Are Some Things to Do in Sharm el Sheikh?

Sharm el-Sheikh is an Egyptian resort town between the desert of the Sinai Peninsula and the Red Sea. It’s known for its sheltered sandy beaches, clear waters, and coral reefs. Naama Bay, with a palm tree-lined promenade, is filled with bars and restaurants. Ras Muhammad National Park is a major diving destination, with marine life around the Shark and Yolanda reefs and the Thistlegorm wreck.

Is the Water in Sharm el Sheikh Safe to Drink?

Tap water is not drinkable in Sharm el Sheikh. You should buy bottled water or boil tap water.

There is no Uber taxi in Sharm el Sheikh. You can use any other local taxi services.