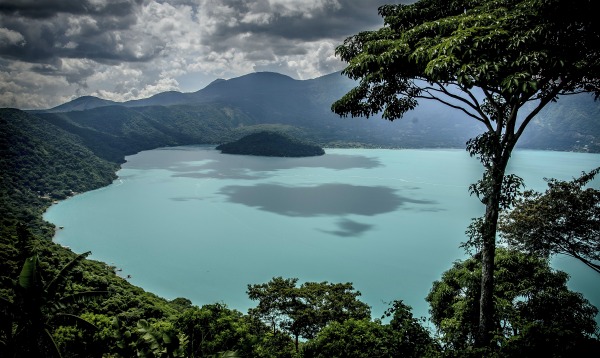 El Salvador is a rather friendly country, but due to the unfortunate social and financial situation, the population is involved in many gangs throughout the country, which leads to a high level of violence and crime in El Salvador. Walking at night in any city in this country is not safe. You should also always keep track of your belongings and your surroundings.

Public transport is not reliable and not safe. Better use your car or take a taxi. Taxi services are available and secure. However, use only licensed taxi services and make sure that the driver has turned on the taximeter.

There are a lot of pickpockets in any part of El Salvador. You should always keep track of your personal belongings, pockets, and bags. Do not relax for a minute - pickpockets are just waiting for this. Watch your surroundings and always be on the alert.

El Salvador is located in a seismically active zone, so the threat of earthquakes here is quite high. Floods and landslides often occur in some regions of the country due to the rainy season. There is little risk of hurricanes and tornadoes in summer and autumn.

The risk of armed robberies and attacks is high enough. Due to the high crime rate and a large number of gangs in the country, there are a lot of crimes related to thefts, robberies, and violent attacks. Be careful, avoid dark streets and are not on the streets of cities at night.

The risk of terrorist attacks in El Salvador is low. However, this does not mean that they can be excluded entirely. Monitor the situation in the country before your visit here, and be sure to take all measures to ensure your safety.

The risk of fraud throughout the country is quite high. You can be tricked at every corner - during a taxi ride, offering trinkets for sale on the street, offering fake tickets for non-existent shows and festivals. The risk of ATM scams is also high. Therefore, it is recommended to withdraw money only from trusted ATMs at banks.

For women traveling alone, El Salvador is not the safest place. However, if you observe increased security measures, do not walk alone late at night, and do not attract too much attention to clothing and behavior - you can comfortably move around this country.

How Safe Is El Salvador for Tourists?

The crime index here ranges from high to very high.

The main problems are related to robberies, violent crimes.

There is also a high level of corruption and bribery throughout the country.

Organized crime in El Salvador is a serious problem.

The police and local authorities still cannot deal with it adequately.

There are a lot of gangs in the country who fight and compete with each other.

The most famous gangs, called in Spanish Salvadoran Maras.

El Salvador is also considered part of the epicenter of the Central American gang crisis, along with neighboring Guatemala and Honduras.

In most cities of the country, it is not safe, and it is not recommended walking late at night and alone.

You can quickly become a victim of an attack.

Avoid any contact with gang members and do not get involved in street showdowns.

Do I Need a Visa to Visit El Salvador?

You need a passport and either a Salvadoran visa or a one-entry tourist card to enter El Salvador. You may obtain a tourist card when you arrive at the airport or seaport from immigration officials for a $12 fee. The card is valid for 90 days.

Which Currency Is Used in El Salvador?

El Salvador has a tropical climate. Here are hot all year round with little difference in the temperature (only a few degrees) over the seasons. The real difference is found in rainfall and humidity: there is a rainy season from late April to October, which is also definitely muggy.

What Do I Need to Know about Airports in El Salvador?

What Are Some Things to Do in El Salvador?

El Salvador, officially the Republic of El Salvador, is the smallest and the most densely populated country in Central America.

It is bordered on the northeast by Honduras, on the northwest by Guatemala, and on the south by the Pacific Ocean.

There are many museums, cathedrals, and national parks in the country.

Tourism is one of the main parts of the income of El Salvador.

Here you can find many natural attractions, including beaches, mild tropical climate, and lush landscapes.

It also offers essential archaeological and ecological heritage, with colonial and pre-Columbian remains, and national reserves.

Also, in this country, there are more than 2000 famous archaeological sites, mainly samples of Mayan and Olmec cultures.

Is the Water in El Salvador Safe to Drink?

In addition, the country suffers from water shortages during the dry season and conflicts between users.

Is Uber Safe in El Salvador?

Uber Taxi Service operates in El Salvador. However, there are some places where it can be difficult to find this service.
Drivers are mostly young people, polite and professional.