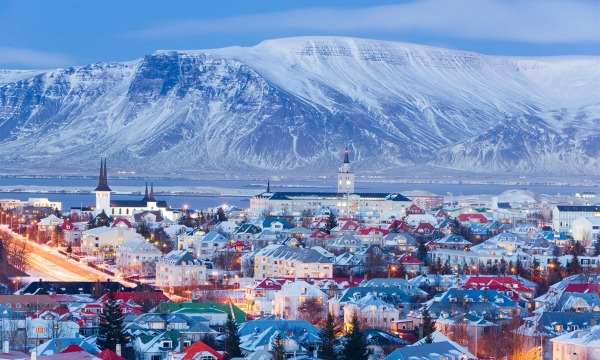 Iceland is a very safe country to travel to. You practically can not worry that you can be robbed or attacked. Keeping your usual common sense, you can stay safe and travel around the country at any time of the day or night.

Pickpockets almost never happen in Iceland. However, keep in mind that in tourist places it is better to monitor your belongings and not leave bags unattended. Also, be alert to your surroundings.

Armed attacks and robberies in Iceland are rare and are unlikely to happen to you. However, in any case, keep common sense and evaluate the surrounding situation. Be careful in the suburbs far from cities.

There haven't been any terrorist attacks in Iceland's recent history. However, they shouldn't be ruled out, so remain aware of your surroundings at all times. Avoid street demonstrations, strikes, and political rallies in the streets. Examine the political situation in the country before your visit here.

Any kind of fraud is not common in Iceland and you can be calm - it is unlikely that someone will want to deceive you in this country. In any case, of course, it is worth maintaining vigilance and acquiring tours and excursions only in licensed places.

Women traveling alone will feel utterly safe in Iceland. Ordinary common sense helps keep you safe. Avoid suspicious areas and limit your walks at night. To return to the hotel late at night it is better to use a taxi.

How Safe Is Iceland for Tourists?

Iceland is one of the safest countries in the world.

There is almost no chance of getting robbed or harassed.

This, however, excludes Reykjavík, which has recently begun to suffer instances of petty theft and night-time violence.

Use common sense when sampling the night-life and be alert.

A specific danger for tourists in Iceland is found in nature.

Iceland is one of the most isolated places on the planet, always do what the signs tell you since the danger is deadly.

Every year, quite a few tourists get injured, even die in the mountains or at the seas, usually after they have not been heard.

For example, do not approach the front of the glacier, big waves on the coast, or a large waterfall if you don’t know what you are doing and don’t walk on glaciers without proper preparation and equipment.

Iceland is a volcanically active country, and you can get into an eruption, but the chances of it are meager.

Driving around Iceland can be dangerous.

Study the local conditions and make sure that your car and driving skills are appropriate for the task.

Since the roads are tranquil and the distances between the settlements are great, some Icelanders abuse it, significantly exceeding the speed.

Do I Need a Visa to Visit Iceland?

Iceland enters the Schengen zone and many countries do not need a visa to enter Iceland for a period of fewer than 90 days. The rest of the stay is regulated as for all Schengen countries. Make sure your passport is valid for at least six months after the planned return date.

Which Currency Is Used in Iceland?

The króna or króna (sometimes called Icelandic crown; is the currency of Iceland. It has a sign: KR and code: ISK.

What Do I Need to Know about Airports in Iceland?

What Are Some Things to Do in Iceland?

Iceland is an island nation in the northern Atlantic Ocean. The relief of the country is determined by volcanoes, geysers, hot springs and lava fields. Iceland has the national parks Vatnajökull and Snajdefelsjökull, which are famous for their huge glaciers. Most of the population lives in the capital, Reykjavik, which receives a significant part of its energy from a geothermal power plant.

Is the Water in Iceland Safe to Drink?

Is Uber Safe in Iceland?

There is no Uber taxi in Iceland. You can use any other taxi services in that country.