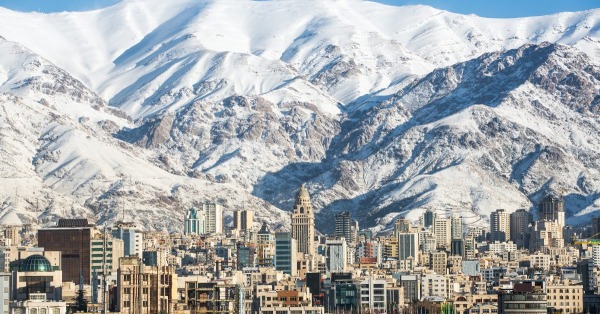 Iran - safety as a country

Tehran is a relatively safe city. Thefts and break-ins of cars happen here, and border areas can be downright unsafe. However, if you follow the precautions, you can travel here relatively calmly.

Public transport, like motorists on the roads of Tehran, is unsafe. Movement can be rough and chaotic. Take care of a personal driver if you want to travel in your car. Late at night, it is better to return to the hotel by taxi.

Pickpocketing is a frequent occurrence, especially with Western tourists. Watch out for motorcycle pickpockets who grab phones at intersections and drive away quickly. Keep track of your belongings.

The region is at low risk of earthquakes. And also, in summer, Tehran has very high temperatures. Tourists are advised to have a supply of drinking water with them and wear sunscreen.

There is a risk of armed attacks or kidnapping in Tehran, and the common goal of robbers is to get your money and valuables. Therefore, if you are attacked, give the robbers what they ask of you to save your life.

The risk of terrorism in Tehran is relatively high. Stay tuned for local news and do not participate in rallies and large gatherings of people.

Frequent scams on the streets of Tehran are fake police officers. People dressed in uniforms may demand documents and bribes from you. Be mindful of these things.

Women traveling alone should wear modest closed-toe clothing in Tehran and not walk the city streets late at night. Better to be accompanied by familiar men.

How Safe Is Tehran for Tourists?

Tehran is not the safest place to travel.

The main problems are related to drug trafficking, corruption, and car theft.

Despite the average safety in the city, you can safely move.

Even late at night, most parts of the city are safe, although you will find that the city is still crowded.

The main thing is to travel at night by licensed taxis.

Thieves on motorcycles operate at intersections often – they usually grab the phones right from their hands.

Therefore, be incredibly attentive to this fact.

Traffic in Tehran is hazardous and should be considered one of the worst in the world.

Try to cross the street when the locals do.

Gay and lesbian travelers should be cautious when traveling to Tehran due to the strict and strict rules regarding homosexual activity.

Iranian justice handed down the death penalty to homosexuals, even teenagers.

Being extremely careful in public is a key thing to keep in mind, and in fact, refraining from any intimacy, even just holding hands, is not worth it.

The law requires even Westerners or non-Muslims to wear a headscarf and long sleeves.

Failure to do so will result in arrest and a fine.

Do I Need a Visa to Visit Tehran?

Visitors to Iran must obtain a visa from one of the Iranian diplomatic missions unless they come from one of the visa-exempt countries or countries eligible for a visa on arrival. All visitors must hold a passport valid for at least 6 months.

Which Currency Is Used in Tehran?

The rial is the currency of Iran. Iranians almost always talk in terms of tomans, a unit equal to 10 rials.

In Tehran, the summers are hot, arid, and clear, and the winters are very cold, dry, and mostly clear. The best time to visit Tehran is during the two-week No Ruz (Iranian New Year) holiday from 21 March.

What Do I Need to Know about Airports in Tehran?

Imam Khomeini International Airport, located 55 km from the city center, is the international airport in Tehran. Tehran’s Mehrabad airport is older in the city itself used for domestic and cargo flights.

What Are Some Things to Do in Tehran?

Tehran’s central Golestan Palace complex, with its ornate rooms and marble throne, was the seat of power of the Qajar dynasty. The National Jewelry Museum holds many of the Qajar monarchs’ jewels, while the National Museum of Iran has artifacts dating back to Paleolithic times. The Milad Tower offers panoramic views over the city.

Is the Water in Tehran Safe to Drink?

Tap water is drinkable. The quality of tap water in the Iranian capital is 70% better than that of bottled water brands.

Is Uber Safe in Tehran?

There is no Uber taxi in Tehran. You can use any other local taxi services.