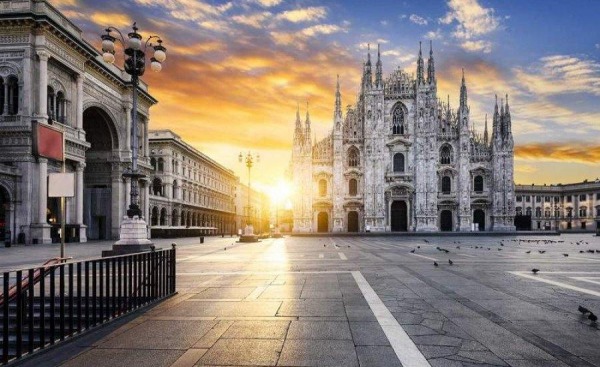 Milan is a city in northern Italy, the capital of Lombardy, and the second-most populous city in Italy after Rome. The city proper has a population of about 1.4 million, while its metropolitan city has 3.26 million inhabitants.  The population within the wider Milan metropolitan area, also known as Greater Milan, is estimated at 8.2 million, making it the largest metropolitan area in Italy and the 3rd largest in the EU.

Milan is generally a safe city to travel to, but you need to watch out for your belongings and beware of scammers. Fraudsters are here at every step, and they pursue just the same tourists. Be as careful as possible in this city.

Public transport is generally safe; only pickpockets should be feared. Use only licensed taxi services, be careful when crossing the road - drivers rarely let pedestrians even on a zebra crossing.

Pickpocketing occurs in Milan at every turn, so wear an anti-theft backpack, look after your belongings, and don't leave your phones and wallets unattended. In crowded places, keep an eye on your surroundings.

Milan is not in any zone of serious risk of natural disasters, so there is no need to fear this risk.

The risk of serious robbery and armed attacks is shallow in Milan. There is little danger of these attacks in the suburbs. However, the likelihood that you will be attacked is minimal.

The risk of terrorism is low in Milan. Of course, the risk of attacks still exists due to the international position of the city. The global risk of terrorist attacks in public areas exists worldwide, so tourists should be vigilant.

Many scammers in Milan often try to deceive tourists, avoid beggars, participate in the lottery, and do not agree to take anything from your hands for free. All these actions will lead to the loss of your money or wallet with your phone. Avoid street barkers.

Women traveling alone can feel secure and free in Milan. It is sufficient to observe the usual precautions.

How Safe Is Milan for Tourists?

Milan is a relatively safe city to travel to.

The main problems are related to vandalism, petty theft, and fraud.

Certain areas near Loreto, Central Station, and Porto di Mare (southern end of the yellow metro line) can be unsafe at night.

Do not leave your cell phone or valuables on the table in the restaurant.

There are many tourists in the city, and it is often possible not to notice who is actually a thief or a swindler.

Do not get involved in street lotteries, and do not get fooled by homeless beggars’ tricks.

Beware of migrant sellers on the streets: Most of the items they sell are imitation / fake luxury goods.

Even for a fraction of the original product’s cost, the quality is poor, and the products are poorly stored.

Beware of street vendors and remember that nothing is free, even if the vendors say so.

It is best to pass by.

Be careful when crossing the street: Drivers usually do not react to pedestrian crossings unless a red light is set for them.

Do I Need a Visa to Visit Milan?

Which Currency Is Used in Milan?

The summers are warm and humid in Milan; the winters are icy, partly cloudy year-round. The best times to visit Milan are April to May or September to October.

What Do I Need to Know about Airports in Milan?

Milan Malpensa Airport is the largest international airport in the Milan metropolitan area in northern Italy. It serves around 17 million inhabitants in Lombardy, Piedmont, and Liguria and those living in the Swiss Canton of Ticino.

What Are Some Things to Do in Milan?

Is the Water in Milan Safe to Drink?

Milan tap water is safe to drink unless the building or district is poorly maintained. Most locals prefer drinking bottled water, or they might own a water filter.

Is Uber Safe in Milan?

There is an Uber taxi in Milan. You can call a taxi from the app on your phone. The cost of the trip will depend on the distance and time of day.