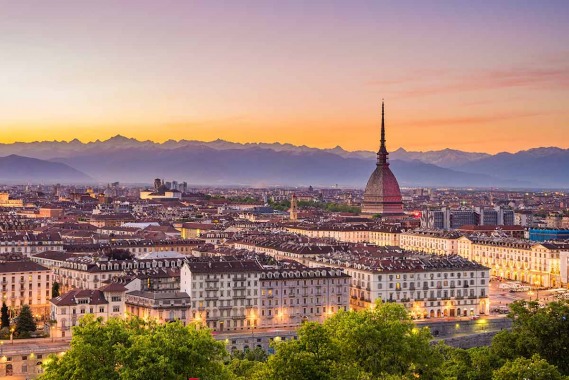 Turin is a city and an important business and cultural center in northern Italy. It is the capital city of Piedmont and the Metropolitan City of Turin and was the first Italian capital from 1861 to 1865. The town is mainly on the western bank of the Po River, below its Susa Valley, and is surrounded by the western Alpine arch and Superga Hill.

Pickpocketing occurs in Turin at every turn, so wear an anti-theft backpack, look after your belongings, and don't leave your phones and wallets unattended. In crowded places, keep an eye on your surroundings.

The risk of severe robbery and armed attacks is shallow in Turin. There is little danger of these attacks in the suburbs. However, the likelihood that you will be attacked is minimal.

The most common scams in Turin are related to street beggars. Be suspicious of anyone who asks or offers you help.

Women traveling alone can feel relatively safe in Turin. The main thing is to adhere to the usual precautions and monitor your surroundings.

How Safe Is Turin for Tourists?

Turin is a relatively safe city to travel to.

Overall, Turin can be considered a safe city.

The Porta Nuova (train station) area can be quite dangerous in its eastern part, not only at night.

Pickpocketing is quite common here.

This is especially true in San Salvario, which is located between the train station and Valentino Park.

Be very careful, especially with luggage and backpacks.

Do not leave them unattended and always keep an eye on them.

Also, the areas near Porta Palazzo can be dangerous, especially on small streets.

Turin is home to two football clubs, Juventus and Torino.

The rivalry between these teams is very intense, so care must be taken when wearing their colors when the other team is playing.

In general, it is best to avoid football fans and especially after the matches.

Keep your common sense and keep track of your belongings as elsewhere.

Do not take a lot of cash and expensive things with you for a walk.

Do I Need a Visa to Visit Turin?

Which Currency Is Used in Turin?

In Turin, the summers are warm and humid, the winters are icy, and it is partly cloudy year-round. The best time of year to visit Turin for hot-weather activities is from late June to mid-August.

What Do I Need to Know about Airports in Turin?

Turin Airport is an international airport located at Caselle Torinese, 16 km north-northwest of the city of Turin, in the Metropolitan City of Turin, Piedmont region, northern Italy. It is also named Sandro Pertini Airport after former Italian President Sandro Pertini.

What Are Some Things to Do in Turin?

Turin is the capital of the Piedmont region in northern Italy. The city is known for its rich architecture and exquisite cuisine. The Alps rise to the northwest of Turin. Baroque buildings and cozy old cafes adorn boulevards and squares such as Piazza Castello and Piazza San Carlo. Another attraction of the city is the Mole Antonelliana tower, with a spire piercing the sky. This is a 19th-century building that now houses the interactive National Film Museum.

Is the Water in Turin Safe to Drink?

Is Uber Safe in Turin?