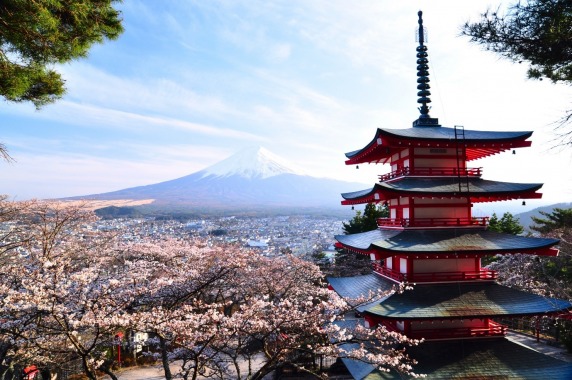 Japan is a very safe country. As a tourist, you are unlikely to encounter serious dangers here. Cultural differences are perhaps the only thing that may cause inconvenience during the first time in Japan. Watch your belongings and do not do what you would not do in your country.

Public transport and taxis are quite safe and reliable. In crowded buses and the subway, remember your bags and pockets - pickpockets can operate here. Women need to remember that chikans are often found in overcrowded vehicles - those who want to touch women sexually.

Pickpocketing and theft of bags can happen in tourist places, at train stations, everywhere, like in any attractive tourist country. Always be vigilant and never leave your things insight. Keep your common sense - pickpocketing is much less common here than in Western countries.

Japan often suffers from earthquakes caused by tsunamis and volcanic eruptions. Before you travel to this country, read the weather forecasts, and take appropriate security measures.

Armed severe robberies and attacks in Japan are a rarity. However, do not lose your vigilance and be alert, especially if you drink at the bar. Watch your glass so that you do not sprinkle anything in the drink. Otherwise, you should hardly worry about dangerous attacks in Japan.

Terrorist attacks in Japan are not a recent phenomenon. However, this does not mean that they cannot happen. Stay alert and avoid political and any other demonstrations.

Fraud is not common in Japan. However, as in any tourist country, people who want to deceive travelers can act here. Especially make sure that no extra money is withdrawn from your card when paying at the expense of restaurants.

Women traveling alone should care, as in their own countries, and should never hitchhike alone. Women are safe enough to travel alone in Japan. Keep common sense, avoid dark streets, and don't get drunk in bars. Otherwise, you are unlikely to face danger in this country.

How Safe Is Japan for Tourists?

Japan is a relatively safe country.

For tourists, this country is beautiful also due to the absence of serious crimes.

Even late at night, you can feel safe walking the streets of cities.

You should not lose vigilance, but the usual common sense is enough to not get into trouble in Japan.

In tourist and crowded places, pickpocketing is possible.

Follow the usual precautions in crowded places, airports, train stations, and keep track of your belongings.

In Japan, there is almost no racial discrimination, especially against tourists.

But you may find that you may be denied access to a restaurant or a specific area.

This is usually common in small towns.
Such prohibitions are caused by the social incompatibility of foreigners (for example, foreigners may not understand proper bath etiquette, table manners, or loud conversations, etc.).

Make sure to wear shoes that are easy to take off. In Japan, you often have to do this.

Try to learn the traditions and customs of Japan before your visit to this country, so as not to get into uncomfortable situations.

The culture of Japan is very different from the western one, and you can turn out to be misunderstood or even dwell on the local population.

Do I Need a Visa to Visit Japan?

Visitors to Japan must obtain a visa from one of the Japanese diplomatic missions unless they come from one of the visa-exempt countries. The Government of Japan currently allows citizens of 68 countries/territories to travel to Japan for tourism or business without having to obtain a visa. A valid passport is a must.

Which Currency Is Used in Japan?

The yen is the official currency of Japan. It has a symbol: ¥ and a code: JPY. It is the third most traded currency in the foreign exchange market.

The best times to visit Japan for ideal weather are mid-April to July. Average temperatures in Japan vary drastically, and the weather feels nice most of the year, excluding some cold weeks in the winter, with a chance of rain or snow throughout most of the year.

What Do I Need to Know about Airports in Japan?

Japan has four international airports. They are Narita, Haneda (near Tokyo), Kansai (near Osaka), and Chubu (near Nagoya). These airports have flights from many cities in the world. Also, each airport near the large city has flights from some cities around Asia.

What Are Some Things to Do in Japan?

Japan is an island nation in the Pacific Ocean, which is famous for its densely populated cities, imperial palaces, national parks, temples, and shrines. The Shinkansen high-speed rail network is represented on all the main islands of the Japanese archipelago: Kyushu with the subtropical beaches of Okinawa, Honshu, which houses Tokyo and Hiroshima with a memorial to the victims of the atomic bombing, and Hokkaido with ski resorts. The capital of Tokyo is the center of Japanese pop culture, known for its skyscrapers and shops.

Is the Water in Japan Safe to Drink?

Although the tap water itself is safe to drink in Japan, the health risk posed by supply pipes is somewhat a cause for concern.

Is Uber Safe in Japan?

Uber taxis are available in Japan. You can call from the application on your smartphone. The fare will depend on the length of the trip and the time of day.