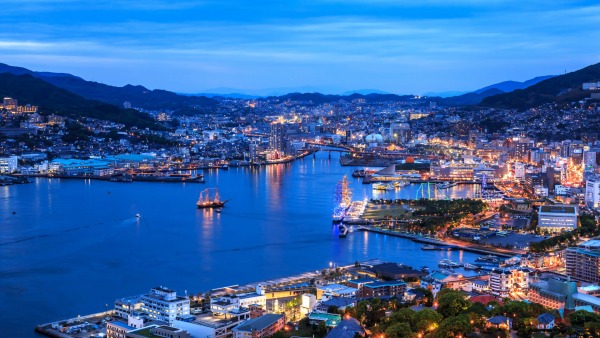 Nagasaki is considered one of the safest cities in the region. The crime rate is low here. You should beware of the outskirts of the city and watch your belongings, especially during the holidays.

Pickpocketing is not common, but since Nagasaki is a popular tourist destination, this kind of thing happens here. Keep track of your belongings, do not leave your phone unattended, keep essential documents in the hotel's safe.

Nagasaki is located in a seismically dangerous region and is prone to earthquakes. Check the weather conditions before your trip here.

The risk of severe robbery and armed attacks is shallow in Nagasaki. There is little danger of these attacks in the suburbs. However, the likelihood that you will be attacked is minimal.

You can be careful and attentive to your surroundings, but usually, in Nagasaki, no one tries to deceive tourists.

Women traveling alone can feel relatively safe in this city.

How Safe Is Nagasaki for Tourists?

Nagasaki is considered one of the safest cities in Japan.

In fact, tourists have nothing to fear here.

The crime index is low.

It’s safe to walk in this city even late at night.

The situation that someone will attack you seems incredible.

However, no matter how safe the place is, tourists should maintain the same level of vigilance as in any other foreign city.

As elsewhere, it is essential to remain vigilant, keep track of your belongings and be attentive to your surroundings.

Although it is likely that if you forget your phone in a cafe, one of the workers will catch up and give it to you.

In bars and restaurants, watch out for drinks and strangers offering them.

Although cases of robbery of drunk people are rare, it is still better to play it safe.

Demonstrations can sometimes occur, and if you become aware of any protests, you should leave the area immediately and stay away from any gatherings there.

Generally speaking, there is not much crime in Nagasaki, and tourists will have a fun vacation there without worrying about their safety.

Do I Need a Visa to Visit Nagasaki?

Visitors to Japan must obtain a visa from one of the Japanese diplomatic missions unless they come from one of the visa-exempt countries. The Government of Japan currently allows citizens of 68 countries/territories to travel to Japan for tourism or business without obtaining a visa.

Which Currency Is Used in Nagasaki?

The Japanese currency is the yen.  One yen corresponds to 100 sen; however, sen has no longer been used in everyday life, except in stock market prices.

In Nagasaki, the summers are short, warm, oppressive, and mostly cloudy; the winters are cold, windy, and mostly clear; and it is wet year-round. The best time of year to visit Nagasaki for warm-weather activities is from mid-September to late October.

What Do I Need to Know about Airports in Nagasaki?

What Are Some Things to Do in Nagasaki?

Explore a distinctive fusion of cultures, uncover the legacy of the city’s secret Christian communities, visit the home of Madama Butterfly or try the unique shippoku cuisine on a trip to Nagasaki, which has been the world’s gateway to Japan since the 19th century. Although the city suffered terribly in the 20th century, its culture of openness and inclusion remains undimmed. This is one of Japan’s most welcoming cities and so much more than just a memorial.

Is the Water in Nagasaki Safe to Drink?

Tap water is not drinkable in Nagasaki. You should buy bottled water or boil tap water.

Is Uber Safe in Nagasaki?

There is no Uber taxi in Nagasaki. You can use any other local taxi services.