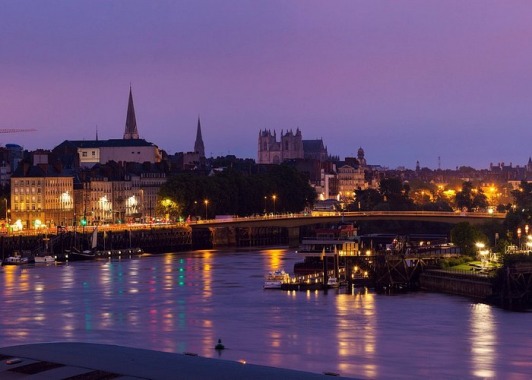 Nantes is a city located in the west of France on the Armorican Upland and located at the mouth of the Loire River, 50 km from the Atlantic Ocean. The administrative center of the Loire-Atlantique department and the Pei-de-la-Loire region, the center of the metropolis of the same name [fr] with a population of 609,198 people.

In the suburbs of Nantes, local gangs' showdowns take place; during these showdowns, there are shootings and kidnappings. Avoid these areas and don't get involved with drugs.

The most common scams in Nantes are related to street beggars. Be suspicious of anyone who asks or offers you help.

How Safe Is Nantes for Tourists?

Nantes is not the safest city to travel to.

The crime index here is between the average and high levels.

The main problems are related to drug trafficking and theft.

In Nantes, the crime rate is still lower than in other cities in the region.

However, travelers are always advised to remain vigilant throughout their stay.

Moreover, if you see suspicious activities nearby, you need to report them.

Carry copies of important documents with you, and leave expensive devices and original documents in the hotel safe.

Pickpockets are pretty standard, so take care of your anti-theft backpack and always keep an eye on your wallet.

Do not shine with a lot of devices and a phone.

You can become an easy target for scammers and other dubious characters.

Most of the severe incidents in Nantes are related to showdowns between drug dealers, so if you avoid poorly lit streets and districts far from the city center, you will not get into these showdowns.

When it comes to a bit more dangerous areas, some neighborhoods where some violence exists (usually due to drug dealing, etc.) are around the eastern part (Bottière) or western (Dervallières).

Do I Need a Visa to Visit Nantes?

Which Currency Is Used in Nantes?

In Nantes, the summers are comfortable, the winters are very cold and windy, and it is partly cloudy year-round. The best time of year to visit Nantes for warm-weather activities is from mid-June to mid-September.

What Do I Need to Know about Airports in Nantes?

Aéroport Nantes Atlantique, is an international airport serving Nantes, France. Rotation for 8 km SW from the place, in Bougene.

What Are Some Things to Do in Nantes?

The city is famous for its reconstructed medieval castle, which for several centuries was the residence of the Dukes of Brittany. Now in the castle there is a museum of local lore, which hosts multimedia exhibitions. In addition, tourists can walk along the fortress walls erected around the castle.

Is the Water in Nantes Safe to Drink?

Is Uber Safe in Nantes?