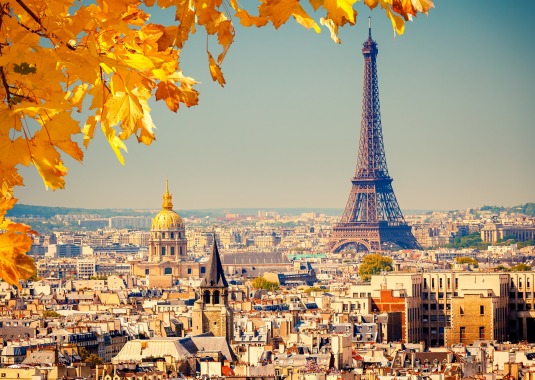 France is generally safe enough for travel. But since it is attractive to tourists, fraud, theft of personal belongings, and minor robberies often occur here. More serious crimes are usually rare.

Public transport is not the safest and cleanest place in the country. However, it can be used if you monitor your things and surroundings. Taxis or private vehicles are more reliable modes of transportation.

Pickpockets are a big problem in the country. Beware of them near tourist places and in large cities. They also trade in public transport. Do not leave personal items unattended and watch your surroundings. Be careful with those who ask or offer help.

France is prone to forest fires in the southern part of the country in the summer. Most often they occur along the Mediterranean coast and in Corsica. There may be flood risks in various parts of France and avalanches in mountainous areas.

The risk of severe armed robberies is not very high, but in some suburbs of large cities, it may not be safe in this regard. Try not to walk alone on dark streets at night and not be in the suburbs after sunset.

Unfortunately, France is often the target for terrorists, both local and international. Avoid street demonstrations, strikes, and political gatherings on city streets. Study the political situation in the country before your visit here.

In France, a form of fraud is widespread when tourists are asked to sign in support of a petition and allocate money for it. Be careful and avoid dealing with such scammers. Other types of fraud are not accessible.

Women traveling alone will feel utterly safe in France. Ordinary common sense helps keep you safe. Avoid suspicious areas and limit your walks at night. To return to the hotel late at night it is better to use a taxi.

How Safe Is France for Tourists?

France has an average security rating.

The crime rate in the country ranges from low to medium.

The main problems here are related to hacking and theft of things, car theft, problems with drug trafficking, and theft.

Violent crime against tourists or strangers is rare, but there are pickpocketing and purse-snatching.

In large cities, especially Paris, there are a few areas which are better to avoid.

Parts of the suburban are sometimes grounds for youth gang violent activities and drug dealing; however, these are almost always far from touristic points, and you should have no reason to visit them.

When traveling in France, carry identity documents with you.

Since the authorities sometimes do random identity checks.

In France, failing to offer assistance to ‘a person in danger’ is illegal.

This means that if you fail to stop upon witnessing a motor accident, fail to report such a disaster to emergency services, or ignore appeals for help or urgent assistance, you may be charged.

The only exception to this law is if assistance would put you in danger.

Beware of pickpockets and petty thieves in large cities in France and especially in tourist places.

Do I Need a Visa to Visit France?

France enters the Schengen zone and many countries do not need a visa to enter France for a period of fewer than 90 days. The rest of the stay is regulated as for all Schengen countries. Make sure your passport is valid for at least six months after the planned return date.

Which Currency Is Used in France?

The euro is the official currency in France. The euro is divided into 100 cents. It has a sign: € and a code: EUR.

The best times to visit France for ideal weather are May to mid-October. Average temperatures in France vary greatly and the weather feels cold for about half of the year and otherwise nice with a chance of rain or snow throughout most of the year.

What Do I Need to Know about Airports in France?

Paris Charles de Gaulle Airport, also known as Roissy Airport, is the largest international airport in France and second-busiest airport in Europe. Opened in 1974, it is located in Roissy-en-France, 23 km northeast of Paris. Also in France, there are 15 more airports through which more than 1 million passengers pass annually.

What Are Some Things to Do in France?

France is a country in Western Europe, on the territory of which there are medieval cities, alpine villages, and beaches of the Mediterranean Sea. Paris, the capital of the state, is famous for its fashion houses, the oldest art museums, including the Louvre, and sights such as the Eiffel Tower. France is known for its wines and fine cuisine.

Is the Water in France Safe to Drink?

In 99% of cases, French tap water is entirely safe to drink. Tap water in any city is drinkable. Water from French sources is considered very useful and popular, therefore it is even imported to other countries of the world.

Is Uber Safe in France?

Uber service is available in France. The fare will depend on the time of day and distance. The cost is deducted immediately from the credit card.