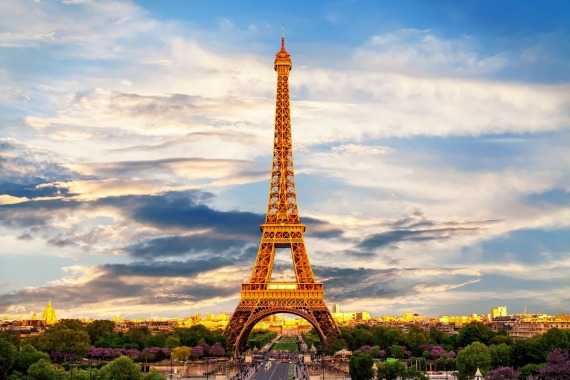 Paris is the capital and most populous city of France, with an estimated population of 2,148,271 residents. Since the 17th century, Paris has been one of Europe’s major financial centers, diplomacy, commerce, fashion, science, and arts. The City of Paris is the center and seat of government of the Île-de-France, or Paris Region.

Paris is a large city with a large number of tourists, and therefore criminals. However, the police in the city work promptly, and serious incidents against tourists usually do not happen.

Public transport is quite safe to get around, but less reliable at night. Taxi is a safe way to travel, use only licensed taxi services. Be careful when crossing the road - local drivers do not always brake at the crosswalk.

Pickpocketing is the most common crime in Paris. Pickpockets hunt tourists at train stations, airports, tourist crowds, and the subway. Be very careful, always keep track of your belongings, keep valuables and documents in the hotel safe.

In Paris, sometimes the Seine River floods, and the nearby streets are flooded. Otherwise, there are no other natural risks.

The risk of serious robbery and armed attacks is shallow in Paris. There is little danger of these attacks in the suburbs. However, the likelihood that you will be attacked is minimal.

Paris is often the target of terrorists, so attacks on this city cannot be ruled out. The global risk of terrorist attacks in public areas exists worldwide, so tourists should be vigilant.

The fraud in the city involves the sale of counterfeit goods and non-existent excursions. Be very careful and buy things and services only in licensed places.

Women traveling alone can feel quite safe in Paris. The main thing is to adhere to the usual precautions and monitor your surroundings. It is better not to walk alone at night.

How Safe Is Paris for Tourists?

Paris is a large metropolis that attracts hundreds of thousands of tourists every year.

Nevertheless, Paris is considered to be quite a safe city.

You can roam almost any area and not be afraid of attack.

However, at night, you should be more careful, avoid the remote from the city center and poorly lit streets, do not walk outside the tourist routes.

Paris is considered one of the safest cities in Europe and very safe to visit, and most travelers won’t have any problems.

The biggest problem that can be faced in Paris is pickpockets and scammers, of which there are a lot.

There are also many homeless people and beggars in the city. Usually, they are harmless, but they can start harassing you.

Many criminals tend to go unnoticed, so confrontation and robbery are rare.

Violent crime is infrequent, especially in the city center.

The most frequent victims are people with suitcases and backpacks, that is, tourists.

Always keep an eye on your belongings and backpacks.

Do not leave your phone and wallet unattended on a table in a cafe.

Do I Need a Visa to Visit Paris?

Which Currency Is Used in Paris?

In Paris, the summers are short, comfortable, and partly cloudy, and the winters are very cold, windy, and mostly cloudy. The best time to visit Paris is from June to August and September to October.

What Do I Need to Know about Airports in Paris?

What Are Some Things to Do in Paris?

Paris, France’s capital, is a major European city and a global center for art, fashion, gastronomy, and culture. Wide boulevards and the River Seine crisscross its 19th-century cityscape. Beyond such landmarks as the Eiffel Tower and the 12th-century, Gothic Notre-Dame cathedral, the city is known for its cafe culture and designer boutiques along the Rue du Faubourg Saint-Honoré.

Is the Water in Paris Safe to Drink?

Tap water in Paris is safe to drink, although many Parisians prefer to buy bottled water.

Is Uber Safe in Paris?

There is an Uber taxi in Paris. You can call a taxi from the app on your phone. The cost of the trip will depend on the distance and time of day.