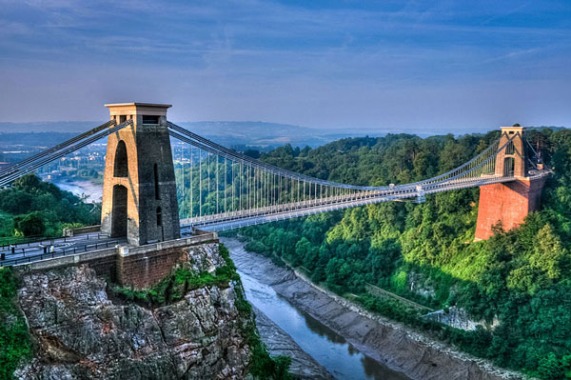 Bristol is a city in England, a unitary unit with the status of “city” and a ceremonial county. A major port in South West England in Great Britain, located on the Avon River, near its confluence with the Bristol Bay of the Atlantic Ocean.

Bristol is considered one of the safest cities in the region. The crime rate is low here. You should beware of the outskirts of the city and watch your belongings, especially during the holidays.

Bristol is not exposed to any serious risks of natural disasters.

The risk of serious robbery and armed attack in Bristol is very low. Avoid communicating with suspicious individuals and do not walk late at night in areas remote from the city center.

The risk of terrorism is low in Bristol. Of course, the risk of attacks still exists, due to the international position of the city. The global risk of terrorist attacks in public areas exists worldwide, so tourists should be vigilant.

The most common scam in Bristol involves fundraising or signing petitions. Under the guise of good intentions, scammers are actually deceiving tourists and collecting donations in their pockets.

How Safe Is Bristol for Tourists?

Bristol is a fairly safe city to travel to.

In this city, it is enough to follow basic precautions to avoid most of the problems.

The areas of St. Pauls, Sheirehampton, Knowle or Eastville can be more dangerous, especially at night.

Poorer neighborhoods such as Southmead and Hartcliffe can be frightening off with a large number of beggars, but they are usually not dangerous and will get rid of you if you ignore their requests.

Clifton and Redland has more burglaries on the Upper West / Center side than the rest of the city as there are many large family homes.

Be careful also when traveling in your car or just crossing the road – Bristolians are not very good at observing traffic rules.

Despite the fact that serious crimes do not usually happen here, you should not forget the usual precautions: avoid walks late at night, do not shine with a lot of expensive things and devices, do not carry a lot of cash with you, and keep an eye on your belongings and your surroundings.

Do I Need a Visa to Visit Bristol?

Which Currency Is Used in Bristol?

In Bristol, the summers are comfortable and partly cloudy, and the winters are long, very cold, windy, and mostly cloudy. The best time of year to visit Bristol is during the late spring and early-mid summer months.

What Do I Need to Know about Airports in Bristol?

Bristol International Airport is a commercial airport serving the city of Bristol and the South West of England. In 2007 it was the ninth busiest passenger airport in the UK, with 5,926,774 passengers and 58,741 take-offs and landings.

What Are Some Things to Do in Bristol?

Bristol is as well known for Brunel’s elegant Clifton Suspension Bridge for Banksy’s street art. And not forgetting Aardman, creators of plasticine superstars Wallace and Gromit. It’s little wonder that innovative museums packed with objets d’art and historical relics have shops here. This combination of attractions makes Bristol an amazing place for a family day out.

Is the Water in Bristol Safe to Drink?

Tap water is drinkable in this city.

Is Uber Safe in Bristol?