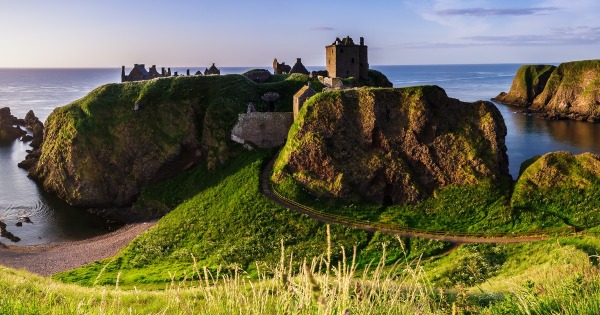 Aberdeen is a city in North East Scotland. It is the third most populous city in Scotland, one of Scotland’s 32 local government council areas (as Aberdeen City), and the United Kingdom’s 39th most populous built-up area, with an official 2018 population estimate of 200,680 for the city of Aberdeen and 227,560 for the local council area.

Aberdeen is considered one of the safest cities in the region. The crime rate is low here. You should beware of the outskirts of the city and watch your belongings, especially during the holidays.

Like any major city in Aberdeen, pickpockets do happen. Especially on public transport during rush hour. Keep track of your belongings, and do not leave bags and wallets unattended on the tables in the cafe.

Aberdeen is not exposed to any serious risks of natural disasters.

The risk of serious robbery and armed attacks is very low in Aberdeen. There is little danger of these attacks in the suburbs. However, the likelihood that you will be attacked is very small.

The risk of terrorism is low in this city. Of course, the risk of attacks still exists, due to the international position of the city. The global risk of terrorist attacks in public areas exists worldwide, so tourists should be vigilant.

The most common scam in Aberdeen involves fundraising or signing petitions. Under the guise of good intentions, scammers are actually deceiving tourists and collecting donations in their pockets.

How Safe Is Aberdeen for Tourists?

Aberdeen is a fairly safe city to travel to.

The crime rate is low here.

Aberdeen is a very safe city with a lower crime rate than the rest of the UK.

Nevertheless, it is always worth remembering about common sense.

The least safe areas are Tillidron (north of Bedford Road and east of St Machar Drive) and Torrey (south bank of the Dee), as they have relatively higher crime rates.

Street beggars sometimes operate in the city center but are relatively harmless.

Aberdeen beggars are not aggressive.

Aberdeen is a port city, and therefore more illegal activities can occur in the port area than in other areas.

Remember that drug trafficking and prostitution are illegal and prosecuted by the police.

The main opportunity for trouble is associated with alcohol-related aggression at night (especially on weekends).

While few Scots admit it, most cannot handle as much alcohol as they claim, and at night many (men and women alike) drink far more than they can handle.

Public drunkenness on weekend evenings is a problem, as it is throughout Scotland.

Fighting, assaults, and insults (such as racist or homophobic speech) are not uncommon, and there are large numbers of police officers at night on weekends.

To avoid trouble, avoid getting drunk and avoid arguing with drunk people.

Do I Need a Visa to Visit Aberdeen?

Which Currency Is Used in Aberdeen?

In Aberdeen, the summers are comfortable and partly cloudy, and the winters are very cold, wet, and overcast. The best time to visit Aberdeen is May-June.

What Do I Need to Know about Airports in Aberdeen?

Aberdeen Airport is the third-largest airport in Scotland, one of the ten largest airports in the UK regarding the number of takeoffs and landings. The airport is located in the suburb of Aberdeen Dyce, about 9 km northwest of the center of Aberdeen.

What Are Some Things to Do in Aberdeen?

Aberdeen is a multicultural port city in the northeast of Scotland. It is located at the confluence of the Dee and Don rivers into the North Sea, where several oil platforms have been built. Aberdeen is often referred to as the Granite City due to its many buildings made of durable gray granite. A typical example of local architecture is the majestic Victorian College of Marischal, built in the 19th century. Now the city council sits in it.

Is the Water in Aberdeen Safe to Drink?

Is Uber Safe in Aberdeen?

There is no Uber taxi in Aberdeen. You can use any other local taxi services.