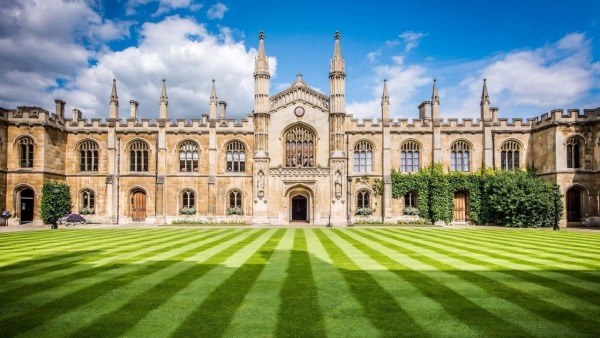 Cambridge is a university city and the county town of Cambridgeshire, England, on the River Cam approximately 89 km north of London. At the United Kingdom Census 2011, the population of the Cambridge built-up area (which is larger than the remit of Cambridge City Council) was 158,434, including 29,327 students. Cambridge became an important trading center during the Roman and Viking ages, and there is archaeological evidence of settlement in the area as early as the Bronze Age. The first town charters were granted in the 12th century, although modern city status was not officially conferred until 1951.

Cambridge is considered one of the safest cities in the region. The crime rate is low here. You should beware of the outskirts of the city and watch your belongings, especially during the holidays.

Cambridge is not exposed to any serious risks of natural disasters.

The risk of serious robbery and armed attacks is very low in Cambridge. There is little danger of these attacks in the suburbs. However, the likelihood that you will be attacked is very small.

The risk of terrorism is low in Cambridge. Of course, the risk of attacks still exists, due to the international position of the city. The global risk of terrorist attacks in public areas exists worldwide, so tourists should be vigilant.

The most common scam in Cambridge involves fundraising or signing petitions. Under the guise of good intentions, scammers are actually deceiving tourists and collecting donations in their pockets.

Women traveling alone can feel quite safe in Cambridge. The main thing is to adhere to the usual precautions and monitor your surroundings.

How Safe Is Cambridge for Tourists?

Cambridge is a very safe city to travel to.

Cambridge is considered one of the safest cities in the UK.

However, even here, you should use common sense and watch your belongings.

Take special care at night in poorly lit areas outside the city center; Parker’s Piece has witnessed several robberies, but this is rather rare.

If you have a bike, always strap it securely when you leave.

Several places in the city center and at the train station have bike parking areas with bike stands where you can lock your bike.

Remember that there are many students in the city and on weekends and holidays they can be found drinking around the city in bars.

Avoid the drunken crowds, and don’t get drunk yourself.

For the rest, use common sense and do not trust those who ask for or offer you free help.

Keep your valuables and documents in the hotel safe.

Do I Need a Visa to Visit Cambridge?

Which Currency Is Used in Cambridge?

In Cambridge, the summers are short, comfortable, and partly cloudy, and the winters are long, very cold, windy, and mostly cloudy. The best time to visit Cambridge is from June to October.

What Do I Need to Know about Airports in Cambridge?

Cambridge City Airport, formerly Cambridge Marshall Airport UK, is a regional airport in Cambridgeshire, England. It is located on the eastern outskirts of Cambridge, south of Newmarket Road and west of the village of Teversham, 1.5 m. From central Cambridge and approximately 50 miles from London.

What Are Some Things to Do in Cambridge?

Cambridge is a city on the Cam River in the east of England. It houses the prestigious Cambridge University, founded in 1209. The most famous colleges of the university are King’s College, famous for its choir and high Gothic chapel. Trinity College, founded by Henry VIII, and St. John’s College, which houses the Great Gate, was built in the 16th century. There are museums in Cambridge for archeology and anthropology, polar research, history of science, and zoology.

Is the Water in Cambridge Safe to Drink?

Is Uber Safe in Cambridge?