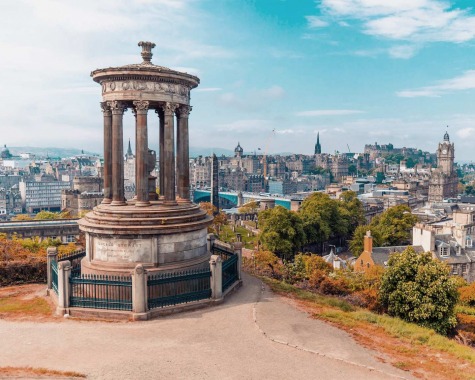 Edinburgh is the capital city of Scotland and one of its 32 council areas. Historically part of the county of Midlothian (interchangeably Edinburghshire before 1921), it is located in Lothian on the Firth of Forth’s southern shore. Edinburgh is Scotland’s second-most populous city and the seventh-most populous city in the United Kingdom.

Edinburgh is one of the safest cities in the UK. It's important to use common sense and keep track of your belongings.

Like any major city in Edinburgh, pickpockets do happen. Especially on public transport during rush hour. Keep track of your belongings, and do not leave bags and wallets unattended on the tables in the cafe.

Edinburgh is at risk of flooding, especially in the spring. Follow the weather forecasts and act following the recommendations of the hydrometeorological center.

How Safe Is Edinburgh for Tourists?

Edinburgh is one of the safest cities in the UK.

The main problems are associated with petty theft and pickpocketing.

Burglaries and violent crimes do happen in Edinburgh, but these things happen infrequently.

During the day, visitors can safely navigate virtually any street in Edinburgh city center.

Although, like any other city, there are a few places to stay away from.

The Sighthill and Wester Hailes areas in the southwest are best avoided, especially at night.

There are often problems with drug use, and, accordingly, people are more aggressive.

The biggest threat to tourists is pickpockets and robbers.

Tourists are advised not to carry a lot of cash and expensive items.

In bars and restaurants, watch your glass and don’t settle for free drinks.

This can be a ploy to get you drunk and then rob you.

Be careful with football fans, especially during matches.

Avoid criticizing the clubs of this city and do not get involved in football disputes.

Do I Need a Visa to Visit Edinburgh?

Which Currency Is Used in Edinburgh?

The climate of Edinburgh is oceanic, with cold, rainy winters and cool, cloudy summers. The best months to visit Edinburgh are May and September.

What Do I Need to Know about Airports in Edinburgh?

Edinburgh Airport is an airport located in the Ingliston area of Edinburgh, Scotland. It was the busiest airport in Scotland in 2019, handling over 14.7 million passengers. It was also the sixth-busiest airport in the United Kingdom by total passengers in 2019.

What Are Some Things to Do in Edinburgh?

Edinburgh is Scotland’s compact, hilly capital. It has a medieval Old Town and elegant Georgian New Town with gardens and neoclassical buildings. Looming over the city is Edinburgh Castle, home to Scotland’s crown jewels and the Stone of Destiny, used in the coronation of Scottish rulers. Arthur’s Seat is an imposing peak in Holyrood Park with sweeping views, and Calton Hill is topped with monuments and memorials.

Is the Water in Edinburgh Safe to Drink?

In Edinburgh, the water from the cold tap is 100% safe to drink.

Is Uber Safe in Edinburgh?