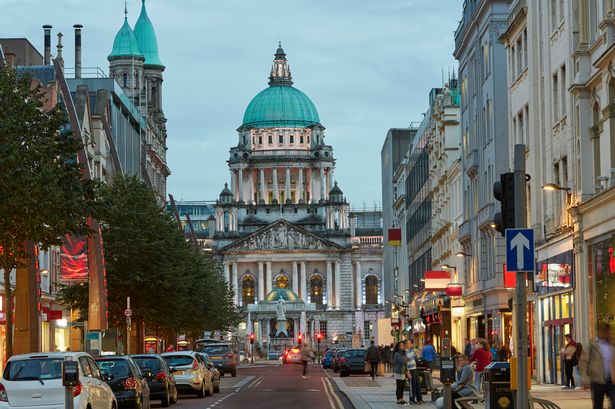 Belfast is the capital and largest city of Northern Ireland, standing on the banks of the River Lagan on the east coast. It is the 12th-largest city in the United Kingdom and the second-largest on the island of Ireland.

In general, the city is quite safe and accessible to tourists. As elsewhere, you need to keep track of your belongings, avoid streets and districts far from the city center and not shine with many expensive things.

Public transport is well developed and accessible. Beware of pickpockets. Use only licensed taxi services.

Like any major city in Belfast, pickpockets do happen. Especially on public transport during rush hour. Keep track of your belongings, and do not leave bags and wallets unattended on the tables in the cafe.

Don't sit in bars late into the night and settle for free drinks; it can be a ploy to get you drunk and rob you. Otherwise, the usual precautions are enough in the city to get out of trouble.

The most common scam in Belfast involves fundraising or signing petitions. Under the guise of good intentions, scammers are actually deceiving tourists and collecting donations in their pockets.

Women traveling alone can feel quite safe in Belfast. The main thing is to adhere to the usual precautions and monitor your surroundings.

How Safe Is Belfast for Tourists?

Belfast is a relatively safe city to travel to.

Residents commit most crimes based on religious, sectarian, or political differences.

Tourists are usually not affected by these showdowns.

As in any other city, you should be careful and always be aware of your surroundings.

Don’t shine with expensive items, and don’t carry a lot of cash with you.

It is important to remember that, in union regions, wearing Glasgow Celtic, Republic of Ireland, and Gaelic Football (GAA) jerseys will almost certainly get you in trouble.

While this is unlikely to affect tourists, it is best to avoid the green or orange color or name of any area, especially Northern Ireland, the Republic of Ireland, or England.

The city center is usually a safe area and is also considered a no-go zone. It is better not to walk outside the center alone at night.

North Belfast is usually not on the tourist trail but is becoming increasingly popular with adventure seekers.

Tiger Bay is a union enclave that is generally safe during the day but should be avoided at night.

Do I Need a Visa to Visit Belfast?

Which Currency Is Used in Belfast?

In Belfast, the summers are cool and partly cloudy; the winters are long, very cold, wet, and mostly cloudy; and it is windy year-round. April through October is the best time to visit Belfast.

What Do I Need to Know about Airports in Belfast?

Belfast International Airport is located 21.3 km northwest of Belfast in Northern Ireland. Formerly known as Aldergrove Airport, after the nearby village of Aldergrove.

What Are Some Things to Do in Belfast?

It was the birthplace of the RMS Titanic, which famously struck an iceberg and sunk in 1912. This legacy is recalled in the renovated dockyards’ Titanic Quarter, which includes the Titanic Belfast, an aluminum-clad museum reminiscent of a ship’s hull as shipbuilder Harland & Wolff’s Drawing Offices and the Titanic Slipways, which now host open-air concerts.

Is the Water in Belfast Safe to Drink?

Is Uber Safe in Belfast?