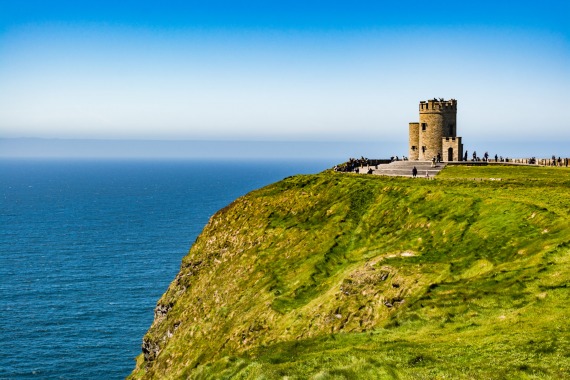 Ireland is a safe country to travel, subject to specific security measures. For example, do not walk late at night on city streets and suburbs. Avoid noisy drunken companies on the roads, especially at the end of the day.

Transportation in Ireland is quite safe. However, take precautions when driving in rural areas because road safety is low there. On buses, as elsewhere, watch your belongings to avoid pickpocketing.

Pickpockets are common, as Ireland is a popular tourist destination. However, if you remain vigilant and do not lose sight of your things, you will remain safe.

Although Ireland does not experience many direct effects of the Earth's most destructive natural hazards, here are indirectly affected by phenomena such as volcanic ash (e.g. the eruption of Eyjafjallajökull in Iceland in 2010). Other hazards, such as sinkholes, landslides, and flooding are more frequent in Ireland.

Serious armed robberies do not often occur in Ireland. However, against the background of alcoholic intoxication, various incidents can occur. Avoid drunken companies, do not stay in bars until late. Use a taxi to return to the hotel late at night.

Although there is no recent history of terrorism in Ireland, the possibility of attacks cannot be ruled out. Examine the political situation in the country before you travel here and also make sure that you are not participating in political or other demonstrations.

Fraud and deception of tourists in Ireland are not common. Usually, there is no problem with this. However, in any case, remain vigilant and watch your surroundings. Withdraw money from ATM at banks.

Ireland is pretty safe for women traveling alone. But it is recommended that unaccompanied women take extra precautions, especially after dark. Avoid drunken companies and inadequate attention to you.

How Safe Is Ireland for Tourists?

Ireland is an entirely safe country to visit.

The crime index here is average.

The main problems are related to the theft of things, attacks, petty thefts.

Most of these crimes are caused by alcohol, so you should avoid wandering the streets of Ireland late at night.

Also, avoid noisy company and do not get involved in street fights.

To move at night, it is better to use a taxi or a rented car.

Pickpockets are common since Ireland is a popular tourist destination.

More often – in larger cities and the capital.

Stations and main squares of the country are places of a unique concentration of pickpockets.

Be vigilant and always watch your belongings, do not leave bags and suitcases unattended.

Be careful with things in big cities, keep your valuables in a safe place, and never leave anything of value unattended.

Roads in Ireland are generally well maintained, making Ireland a reputation for being one of the safest ways in Europe.

If you travel by car, be careful on the roads. Usually, they are narrow and winding, in the countryside, there are potholes and not very good road surfaces.

Use care and attention to avoid trouble.

Do I Need a Visa to Visit Ireland?

Ireland enters the Schengen zone and many countries do not need a visa to enter Finland for a period of fewer than 90 days. The rest of the stay is regulated as for all Schengen countries. Make sure your passport is valid for at least six months after the planned return date.

Which Currency Is Used in Ireland?

The euro is the official currency in Finland. The euro is divided into 100 cents. It has a sign: € and a code: EUR.

The best times to visit Ireland for ideal weather are mid-June to October. The average temperatures in Ireland vary somewhat and the weather feels cold for about half of the year and otherwise nice with a chance of rain or snow throughout most of the year.

What Do I Need to Know about Airports in Ireland?

There are many airports in Ireland. In the capital of Ireland – Dublin. Dublin Airport is an international airport serving Dublin, the capital city of Ireland. The airport is located 7 km north of Dublin, in Collins town, near Swords, Dublin.

What Are Some Things to Do in Ireland?

Ireland is by far one of the most interesting travel destinations to visit in all of Europe. It’s a country that’s packed with majestic history, vibrant culture, and natural beauty. On one hand, there are bustling cities to explore, each representing everything that is urban and loud. Shoppers, foodies, and arts and culture lovers will find much delight in cosmopolitan destinations like Dublin, Cork, and Galway.

Is the Water in Ireland Safe to Drink?

In its Water Quality in Ireland report, the EPA found that the quality of almost half of river sources in Ireland is unsatisfactory and the number of pristine waters has fallen to an all-time low. Tap water is safe to drink unless otherwise noted.

Is Uber Safe in Ireland?

Uber service is available in Ireland. The fare will depend on the time of day and distance. The cost is deducted immediately from the credit card.