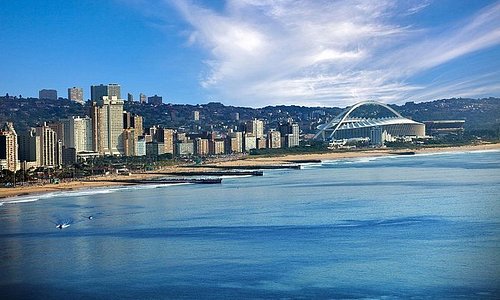 Durban, nicknamed Durbs, are the third-most populous city in South Africa after Johannesburg and Cape Town and the largest city in the South African province of KwaZulu-Natal. Durban forms part of the eThekwini Metropolitan Municipality, which includes neighboring towns and has a population of about 3.44 million, making the combined municipality one of the largest cities on the Indian Ocean coast of the African continent.

There are many risks and dangers in the city, so when traveling, it is better to know which areas to avoid and where it is better not to appear at all. It is good to have a local guide in Durban.

Public transport is not safe, especially in the evening. Watch your pockets on buses. Use only licensed taxi services and make sure the driver turns on the taximeter.

Pickpocketing is common in Durban, especially in outlying areas and on public transport. Do not carry a lot of cash and expensive things with you. Keep your documents in the hotel safe.

Durban is at risk of tsunami and flooding from the Indian Ocean. Study the weather conditions before your visit here.

There is a risk of armed attacks or kidnapping in Durban, and the common goal of robbers is to get your money and valuables. Therefore, if you are attacked, give the robbers what they ask of you to save your life. Attacks and kidnappings can take place in districts of the city center. Avoid places like this. Travel in a group at night, don't be alone. Use a taxi to return to your hotel.

There is a risk of terrorist attacks in Durban. It often comes from Islamic terrorists, but internal conflicts can also occur. Study the political situation in the country before your trip here.

Frequent fraud in Durban - when fraudsters pretend to be government officials and extort fines for any violations. Check the documents of such scammers; this usually scares them away.

Women traveling alone in Durban should avoid late-night walks and be very discreet on the city streets. However, it is better to travel in general with the company and not alone.

How Safe Is Durban for Tourists?

Durban is not a safe city.

The main problems are related to robberies, armed attacks, and robberies.

Travelers are not advised to be alone in the beach area.

Although police often patrol the beach strip, there are CCTV cameras and lighting at night.

Avoid dark, deserted places, and don’t go outside early in the morning.

You can safely walk along the embankment, but do not go out onto the hotels’ side and country roads.

It is best to avoid walking alone at night.

Use a taxi to get to your hotel and use only licensed taxi services.

The harbor area is fairly safe, as are the shopping malls and higher residential areas.

Avoid disadvantaged areas where the crime rate is always higher, and prostitution is developed.

Street children can be a problem, and it is best to stay away from them.

They often extort money or steal from you without being noticed.

As elsewhere, you should be very careful, and when walking around the city, it is better to have a local guide.

Thus, you will secure your stay here as a tourist and avoid dangerous areas.

Do I Need a Visa to Visit Durban?

Which Currency Is Used in Durban?

In Durban, the summers are warm, oppressive, and wet; the winters are long and comfortable, and it is windy and mostly clear year-round. The months between June and August constitute an ideal time to visit Durban.

What Do I Need to Know about Airports in Durban?

What Are Some Things to Do in Durban?

Is the Water in Durban Safe to Drink?

Tap water is safe to drink but sometimes tastes bad.

Is Uber Safe in Durban?