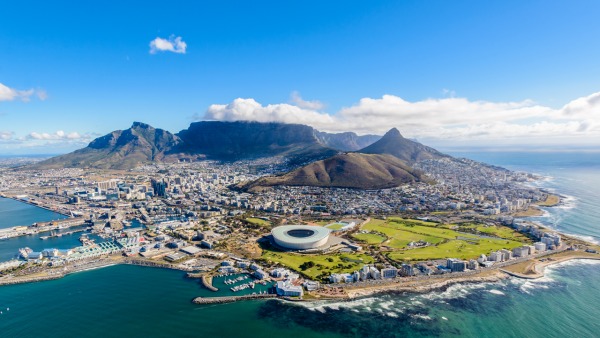 South Africa is beautiful, but unfortunately not a very safe country to travel to. Tourists must follow strict precautions to avoid problems while traveling here. It is not particularly safe to walk here at night.

Public transport in South Africa is not safe due to the high probability of an attack on buses of criminal gangs. Moving around the country is better by taxi or rented car—Park only in secure parking lots.

Pickpocketing is omnipresent in South Africa. Snatching bags from the hands of tourists occurs even at intersections. Always watch your belongings and do not leave them unattended. Do not show a lot of cash and expensive things.

South Africa is often the victim of many natural disasters such as floods, earthquakes, storms, and forest fires. Examine the weather before you visit this country.

Armed attacks and robberies, as well as kidnapping, often occur in South Africa. Tourists are not recommended leaving the tourist places, walk alone and go out at night. Be extremely vigilant, and watch your surroundings.

The risk of terrorism in South Africa is quite high. In addition to the threat from Daesh, there are many local terrorist groups in the country. Tourists are advised to travel only with a guide or security.

Fraud in South Africa is usually associated with the desire of criminals to extort money from tourists. Fraudsters can pretend to be police or guides. They can try to sell to ​​you non-existent tours. Double-check everything several times. Avoid talking to suspicious people.

Women traveling alone are strictly not advised to be unaccompanied in South Africa. Whenever possible, wear modest clothes, do not attract attention to yourself, and avoid being outdoors after sunset.

How Safe Is South Africa for Tourists?

South Africa is not a safe country to travel to.

The crime index here is quite high.

The main problems are related to the theft of things, hacking and car theft, drug trafficking, violent crime, and corruption.

In South Africa, many violent crimes are occurring.

And the police do not always cope with the solution of these incidents.

South Africa is consistently among the five countries with the highest homicide rates in the world.

Theft, car theft, and physical abuse are among the highest in the world.

Cape Town is one of the ten most dangerous cities in the world, and recent statistics show that the country is comparable to the “war zone,” in which about 60 people are killed daily.

But tourists, being vigilant and using common sense, can make a safe trip without adventure.

The most important thing is to know and take precautions.

Never walk at night and carefully lock your home.

Under no circumstances should you stop for pedestrians lying on the road at night in poorly lit places.

They are trying to rob and steal your car.

Like many developing countries, South Africa is not a good place for solo travelers to use local urban mass transport systems.

Rent a car, take a taxi, or take an escorted tour.

Do I Need a Visa to Visit South Africa?

Visitors to South Africa must obtain a visa from one of the South African diplomatic missions unless they come from one of the visa-exempt countries, in which case they get what is called a “Port of Entry Visa.” Visitors who require a visa must apply in person and provide biometric data. A valid passport is a must.

Which Currency Is Used in South Africa?

The rand is the official currency of South Africa. The rand is subdivided into 100 cents.

The best time to visit South Africa is from May to September. This is the Dry season. As this is winter, mornings and nights are cold. May and September are lovely because it is less severe and, especially in September.

What Do I Need to Know about Airports in South Africa?

There are many airports in South Africa. The main international and busiest airport is in the capital of the country – Cape Town. Cape Town International Airport is the primary airport serving the city of Cape Town and is the fourth-busiest in Africa. Located approximately 20 kilometers from the city center.

What Are Some Things to Do in South Africa?

South Africa is the southernmost country in the African continent with diverse ecosystems. During a safari in the Kruger National Park in the interior of the country, you can admire large animals such as elephants, hippos, giraffes, and lions. The Western Cape is famous for its beaches, lush vineyards surrounding the cities of Stellenbosch and Paarl, rocky cliffs on the Cape of Good Hope, forests and lagoons along the Garden Path and the city of Cape Town, above which Table Mountain with a flat top rises.

Is the Water in South Africa Safe to Drink?

Is Uber Safe in South Africa?

In South Africa, there is a taxi Uber. You can use it using the application on your smartphone. The price of the trip depends on the time of day and the distance.