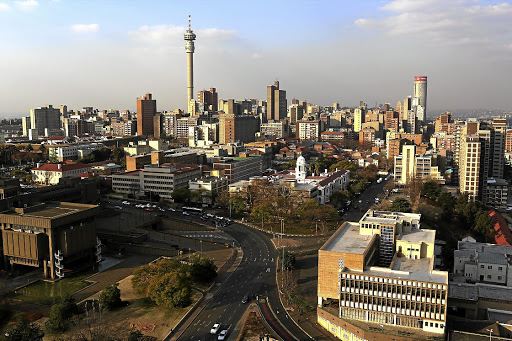 Johannesburg is informally known as Jozi, Joburg, or “The City of Gold”, is the largest city in South Africa, classified as a megacity, and is one of the 50 largest urban areas in the world. It is the provincial capital and largest city of Gauteng, the wealthiest province in South Africa.

Johannesburg is one of the most unsafe cities to travel to. Here it would help if you always kept an eye on your belongings and your surroundings. It is better not to walk alone at night.

Public transport is not safe, and tourists can use a taxi or personal transport to get around. Use only licensed taxi services and make sure the driver turns on the taximeter.

Pickpocketing is common in Johannesburg, especially in outlying areas and on public transport. Do not carry a lot of cash and expensive things with you. Keep your documents in the hotel safe.

The city is practically not exposed to any risks of natural disasters. There is only a chance of flooding, so check the weather conditions before your trip here.

There is a risk of armed attacks or kidnapping in Johannesburg, and the common goal of robbers is to get your money and valuables. Therefore, if you are attacked, give the robbers what they ask of you to save your life.

There is a small risk of terrorist attacks in the city. Tourists should study the political situation in the region before visiting and also avoid demonstrations and street fights.

Frequent scams in Johannesburg are when scammers impersonate police officers and demand fines for any violations. Check the documents of such scammers; it usually scares them off.

Women traveling alone are better off avoiding this city or traveling in company. This alone may not be safe.

How Safe Is Johannesburg for Tourists?

Johannesburg is not the safest city to travel to.

The main problems are related to violent crime, robbery, drug trafficking, and corruption.

As with many cities with a crime problem, some places are quite safe, while others can be quite dangerous, and in some places, crime can be day or night dependent.

There is a lot of armed police in the city, and the crime situation has been improving lately.

In this city, it is important to remember everything about safety, and tourists should always stay alert when in unfamiliar terrain.

On the street (this does not apply to malls and other safe places), the best general advice is to try your best to look like a local and avoid displaying wealth in any form.

Don’t shine with a lot of expensive items and cash.

It is better to leave valuables and documents in the hotel safe.

Do not walk around the city at night and use a taxi to return to your hotel.

Remember to be safe every time and watch your surroundings.

Do I Need a Visa to Visit Johannesburg?

Which Currency Is Used in Johannesburg?

In Johannesburg, the summers are long, warm, and partly cloudy, and the winters are short, cold, dry, and clear. The best times to visit Johannesburg are from March to May and September to November.

What Do I Need to Know about Airports in Johannesburg?

O. R. Tambo International Airport is an international airport situated in Kempton Park, Gauteng, South Africa. It serves as the primary airport for domestic and international travel to/from South Africa and is Africa’s busiest airport, with a capacity to handle up to 28 million passengers annually.

What Are Some Things to Do in Johannesburg?

Johannesburg, South Africa’s biggest city and capital of Gauteng province, began as a 19th-century gold-mining settlement. Its sprawling Soweto township was once home to Nelson Mandela and Desmond Tutu. Mandela’s former residence is now the Mandela House museum. Other Soweto museums that recount the struggle to end segregation include the somber Apartheid Museum and Constitution Hill, a former prison complex.

Is the Water in Johannesburg Safe to Drink?

Tap water is drinkable and good for use.

Is Uber Safe in Johannesburg?