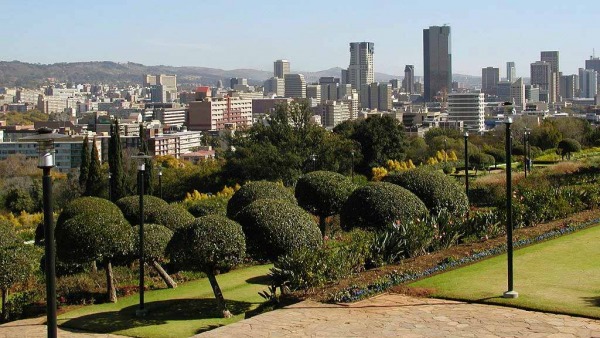 Pretoria is one of South Africa’s three capital cities, serving as the seat of the executive branch of government, and as the host to all foreign embassies to South Africa. Pretoria is the central part of the Tshwane Metropolitan Municipality which was formed by the amalgamation of several former local authorities, including Centurion and Soshanguve. Some have proposed changing the official name from Pretoria to Tshwane, which has caused some public controversy.

Pretoria is not the safest city, but if you avoid distant districts from the city center and do not walk alone late at night, you can avoid most of the problems in this city.

Pickpocketing occurs in Pretoria at every turn, so wear an anti-theft backpack, look after your belongings, and don't leave your phones and wallets unattended. In crowded places, keep an eye on your surroundings.

Pretoria is prone to earthquakes, floods, and wildfires. Study the weather conditions before your visit here.

There is a risk of armed attacks or kidnapping in Pretoria, and the common goal of robbers is to get your money and valuables. Therefore, if you are attacked, give the robbers what they ask you to save your life.

How Safe Is Pretoria for Tourists?

Pretoria is not considered a safe travel destination.

The crime index here is very high: the main problems are corruption, vandalism, attacks, and robberies.

At the same time, Pretoria is considered a relatively safe city for tourists because local crimes are not aimed at them.

But even though violent crimes against tourists are rare, you should be very careful and use common sense.

Avoid walking after dark, even with a group of people.

With the onset of darkness, the city center becomes deserted, so it would be unwise to be here at such a time.

The Hatfield Plaza shopping area is known for its haunted beggars.

There were cases when beggars asked for a lift to approaching people in cars.

Try to travel around this city only in the company of like-minded people.

And enlist the support of the locals. Keep track of your belongings and surroundings, do not trust strangers who want to offer you something – most likely they will turn out to be scammers.

Keep your car windows closed and make sure the door is locked.

As the area is filled with shoppers, students, tourists, police, it can annoy and scare tourists as the beggars are so persistent.

However, the Hatfield area is usually perfectly safe.

Do I Need a Visa to Visit Pretoria?

Visitors to South Africa must obtain a visa from one of the South African diplomatic missions unless they come from one of the visa-exempt countries, in which case they get what is called a “Port of Entry Visa”. Visitors who require a visa must apply in person and provide biometric data.

Which Currency Is Used in Pretoria?

The South African Rand (R) is the local currency. Each rand is equivalent to 100 cents.

The summers are long, warm, and partly cloudy in Pretoria, and the winters are short, cold, dry, and clear. The best seasons to visit Pretoria are spring and autumn.

What Do I Need to Know about Airports in Pretoria?

Wonderboom Airport is located in Pretoria North, South Africa. The airport was opened in 1937, being built on the farm Wonderboom approximately 15 km north of Pretoria. Originally a civilian airstrip for light aircraft, it was used for military training purposes during the Second World War before returning to civilian control in 1945. The airport remains a light aircraft facility to this day.

What Are Some Things to Do in Pretoria?

Pretoria was founded in 1855 by Marthinus Pretorius, a Voortrekker leader. The city was named after his father, Andries Pretorius. The blossoming purple trees that decorate the streets explain the name Jacaranda city. It is a city metropolis with an unchanged natural landscape comprising various thriving nature conservation. Pretoria is spoilt for choice for anyone looking to fill their days with adventure and activity!

Is the Water in Pretoria Safe to Drink?

Tap water is not drinkable in Pretoria. You should buy bottled water or boil tap water.

Is Uber Safe in Pretoria?