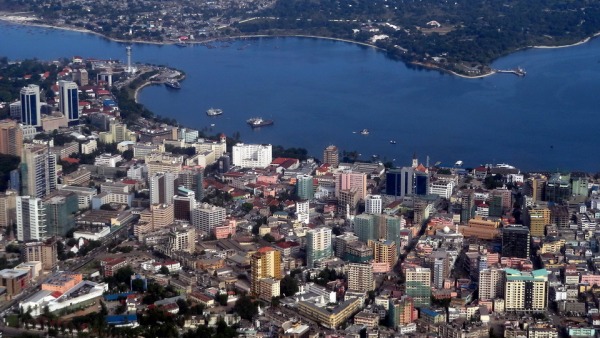 Tanzania - safety as a country

Dar es Salaam is the largest city and business capital of Tanzania. With over six million people, it is the largest city in East Africa and the fifth-largest in Africa. On the Swahili coast, Dar es Salaam is an important economic center and one of the fastest-growing cities in the world. According to the UN population projection, the city is expected to host approximately 73 million people in 2100, more than the whole population of the country today at 61 million people.

Dar es Salaam is not the safest place for travelers, but you can avoid most of the troubles if you use common sense and take precautions.

Pickpocketing occurs in Dar es Salaam at every turn, so wear an anti-theft backpack, look after your belongings, and don't leave your phones and wallets unattended. In crowded places, keep an eye on your surroundings.

The city is prone to floods and inundations; watch the weather conditions before your visit.

Women traveling alone can feel quite safe in Dar es Salaam. The main thing is to adhere to the usual precautions and monitor your surroundings. Wear modest clothing that covers your knees and shoulders.

How Safe Is Dar es Salaam for Tourists?

Dar es Salaam is not the safest place to travel.

The main problems are related to corruption, vandalism, and robbery.

Travelers in this city should be cautious.

It is important to be careful not to show off a lot of money and expensive things, not to draw attention to yourself.

As with any large city, the most common crime and the biggest risk for most travelers is robbery and petty theft.

International students at the University of Dar es Salaam were robbed with a machete.

Never carry your wallet in an easily accessible place (back pocket, outer flap of a backpack or wallet, etc.).

Never go for a walk on the beach at a later time and alone.

You can walk around the city in the evening, but as it gets darker and you see fewer people on the street, use caution.

Park in guarded parking lots and take everything from the car when you leave.

Watch your belongings and surroundings, do not trust strangers, and avoid those who ask or offer you help – most likely, they will be scammers.

Do I Need a Visa to Visit Dar es Salaam?

Which Currency Is Used in Dar es Salaam?

The shilingi is the currency of Tanzania. It is subdivided into 100 senti.

In Dar es Salaam, the wet season is hot and mostly cloudy; the dry season is warm, windy, and mostly clear, oppressive year-round. The best time to visit Tanzania is during the Dry season, from late June to October.

What Do I Need to Know about Airports in Dar es Salaam?

Julius Nyerere International Airport is an international airport in Dar es Salaam, Tanzania’s largest city. It is located 12 km southwest of the city center. The airport serves flights to Africa, Europe, and the Middle East.

What Are Some Things to Do in Dar es Salaam?

Dar es Salaam is a city with its own attractions with pristine beaches, monuments, artisan centers, shopping centers, restaurants, nightclubs, museums, and botanical gardens, to mention but a few. You can also take part in many activities as we shall discuss in a moment. You might also want to read about the tourist attractions in Mombasa, the things to do in Kampala, and the top activities in Arusha. We even have an article on the places to visit while in Zanzibar. For those interested in a full safari, you should check out our amazing 3 days Serengeti Safari or the 6 days gorilla trekking and Ngorongoro crater safari.

Is the Water in Dar es Salaam Safe to Drink?

Tap water is not drinkable in Dar es Salaam. You should buy bottled water or boil tap water.

There is no Uber taxi in Dar es Salaam. You can use any other local taxi services.