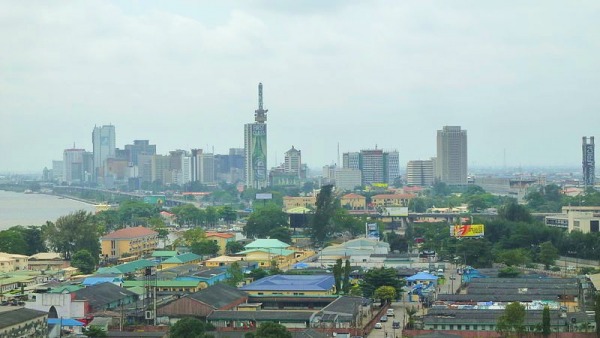 Nigeria - safety as a country

Lagos is the most populous city in Nigeria and the second-largest city in Africa after Kinshasa, DRC, having a population of 14.8 million as of 2021 within the city proper. The Lagos metropolitan area has a total population of 21.3 million, making it the second-largest metropolitan area in Africa, after Cairo. Lagos is a major African financial center and is the economic hub of Lagos State and Nigeria at large.

Lagos is not the safest place for travelers, but you can avoid most of the troubles if you use common sense and take precautions.

Pickpocketing occurs in Lagos at every turn, so wear an anti-theft backpack, look after your belongings, and don't leave your phones and wallets unattended. In crowded places, keep an eye on your surroundings.

Lagos gets severely hit by heavy tropical rains and thunderstorms regularly, leading to flash floods. Floods are the most devastating natural disaster in Lagos.

In the suburbs of Lagos, local gangs' showdowns take place; during these showdowns, there are shootings and kidnappings. Avoid these areas and don't get involved with drugs.

Fraud is commonly associated with street vendors offering counterfeit goods to tourists. Don't buy them even if the price is very attractive. Also, only withdraw money from ATMs at banks with cameras to avoid skimming your card. And the most common scams in Lagos are related to street beggars. Be suspicious of anyone who asks or offers you help.

How Safe Is Lagos for Tourists?

Lagos is a very unsafe city to travel to.

The main problems are associated with attacks, robberies and drug trafficking.

It should be noted that recently the city has become safer than before.

However, there are still a lot of scams in the city, so when you are offered something too profitable or free, make sure that they are not scams and be on the alert.

While tourists rarely fall prey to violent crime, it is still wise to stay safe and alert, especially when walking at night.

Stick to crowded streets and go out in groups rather than alone.

Lagos has a lot of street beggars (both old and young), people with psychological disorders, etc.

If someone asks you for money, do what most Lagos do: ignore them completely or keep walking fast.

If you have violated the traffic rules, you can be sure that the police officer will demand a bribe instead of a fine.

Be careful and try not to violate traffic rules.

As elsewhere, keep an eye on your belongings and do not leave phones and bags unattended.

Do I Need a Visa to Visit Lagos?

Visitors to Nigeria require a visa unless they come from one of the visa-exempt countries. All visitors must hold a passport valid for 6 months.

Which Currency Is Used in Lagos?

The Naira is the currency of Nigeria. One naira is divided into 100 kobos.

In Lagos, the wet season is overcast, the dry season is partly cloudy, and it is hot and oppressive year-round.

What Do I Need to Know about Airports in Lagos?

Murtala Muhammed International Airport (MMIA) is an international airport located in Ikeja, Lagos State, Nigeria, and is the major airport serving the entire state. The airport was initially built during World War II and is named after Murtala Muhammed, the fourth military ruler of Nigeria.

What Are Some Things to Do in Lagos?

Lagos is the largest city in Nigeria. It is located on the shores of the Gulf of Guinea and the Lagos Lagoon. Victoria Island, the financial center of the metropolis, is known for its beaches, boutiques and nightlife. A little further north, on the island of Lagos, is the National Museum of Lagos, which displays cultural artifacts and handicrafts. Nearby is Freedom Park, once a colonial-era prison and now a venue for concerts and public events.

Is the Water in Lagos Safe to Drink?

Tap water is not drinkable in Lagos. You should buy bottled water or boil tap water.

Is Uber Safe in Lagos?