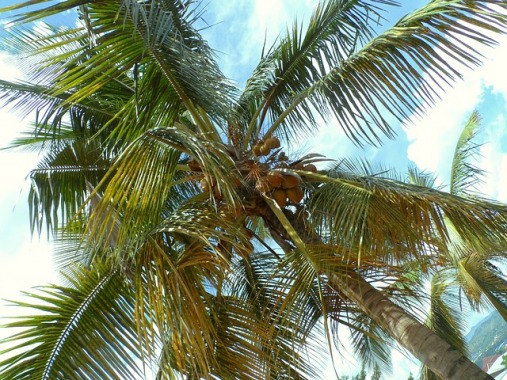 Burundi, or officially – the Republic of Burundi, is a landlocked country in Africa.

It is bordered by Tanzania, the Democratic Republic of the Congo and Rwanda.

This was once the country of amazing beaches, breathtaking rainforests and drumming – the beat of Africa.

The people earned their income by cultivating the plantations of coffee and tea.

There are also many natural resources, so many animals and greenery.

Lake Tanganyika is the second-largest and deepest lake in the world.

With so many beautiful things to see, it was once a tourist attraction.

Political instability made the citizens of this beautiful country the hungriest people in the world. The crime rate is very high and governments are advising their citizens not to go to Burundi. Some areas of the country are particularly dangerous and it is highly recommended not to visit them.

Public transport is not safe in Burundi. There have been cases of banditry, car hijacking, armed robberies, and muggings. It is very risky, so tourists are strongly advised not to visit Burundi. In case you do go, make sure you cooperate, so you can protect yourself from injuries.

Pickpocketing risk is high. Make sure not to carry too much money with you and do not attract too much attention. Be alert at all times and keep your belongings close to you. Carry only a copy of the passport with you.

Burundi is susceptible to landslides, earthquakes, water scarcity, and floods, as well as poverty, high population density, deforestation, and degradation. Droughts account for nearly 68% od hazards. In case you find yourself in Burundi when some form of hazard occurs, make sure to follow the security protocol.

Mugging risk is high and there is an increased risk of violent crimes. There are cases of carjacking, burglaries, as well as armed banditry. The risk increases even more after dark, so if you still decide to go to Burundi, don't go anywhere after dark.

There is a high risk of terrorism and the attacks can occur anytime. The targets could be places of worship, schools, government buildings, public areas, airports, clubs, bars, resorts, shopping centers, and any major gatherings. Travel to Burundi is strongly discouraged.

Scam risk is high, be extremely careful when strangers approach you, especially if you find yourself in the secluded areas. Keep your windows on the car closed and try your hardest not to look lost even when you really can't find your way.

Burundi is not safe for female travelers. The political situation made it unsafe for everyone and there are a lot of violent crimes going on, as well as rapes and abuse. If you still decide to go despite the warnings, be very careful.

How Safe Is Burundi for Tourists?

Unfortunately, Burundi is not safe for tourists or its citizens.

Hopefully, the political instability will end and people will again be able to enjoy the beauty of this country.

At the moment, there is a very high chance of violent civil arrest and various violent crimes.

The potential risk can escalate at any moment with little or no warning at all.

Tension is very high and many conflicts resulted in the deaths of numerous people.

There have been public treats in Bujumbura by the terrorist group and the tourists who decide to go despite the numerous warnings are strongly advised to leave the country.

It is very important to stay alert at all times and react accordingly if a dangerous situation occurs.

There have been cases of armed robbery, mugging, carjacking, and assault.

Never go alone after dark, because the risk increases significantly.

There have been kidnapping in the past and foreigners were targeted, as well as the intimidation, violence, and harassment at the checkpoints by the police.

Make sure to cooperate and show a copy of the documents through the window.

Taking a photo of military establishments, airports and government offices may end with detention.

Make sure not to take any pictures.

Do I Need a Visa to Visit Burundi?

Most tourists do not need a visa to enter Burundi but make sure to check your visa status before making any further arrangements.

Tourists need a passport that is valid at least 6 months after the departure date and a blank page in the passport.

Which Currency Is Used in Burundi?

The official currency in Burundi is Burundian Franc.

The symbol is BIF.

Credit cards are rarely accepted in Burundi, so make sure to carry cash with you.

The climate in Burundi is mild and warm.

What Do I Need to Know about Airports in Burundi?

There are 3 airports in Burundi.

The biggest one is Bujumbura International Airport and it is located 11km away from the city center.

Travel insurance is highly recommended no matter how long you plan to stay.

There is a high chance of various unplanned things happening, so coverage for theft and medical expenses is necessary.

What Are Some Things to Do in Burundi?

If you go to Burundi, you must visit the Rusizi River National park and see all the beautiful animals in their natural surroundings.

If you want to see crocodiles, buffalo, and hippos, head to the Ruvubu National Park.

Is the Water in Burundi Safe to Drink?

Water is now safe for drinking since the government made significant efforts to built a water tower which significantly reduced the risk of diseases caused by unsafe and unclean water.

Is Uber Safe in Burundi?

There is no Uber in Burundi, but there are local taxies and public transport.

However, due to the political situation that is currently ongoing, traveling to Burundi is not safe.