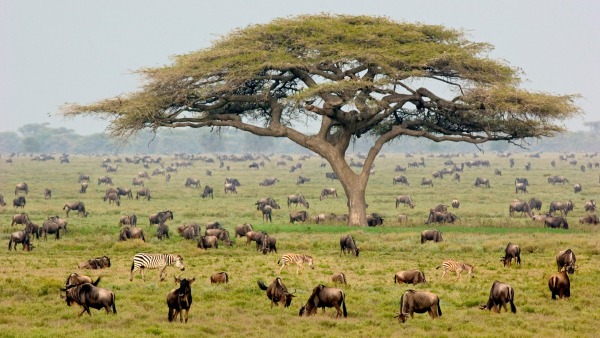 Tanzania is an interesting country to travel to. But in order to get by without incidents, you must always monitor your belongings and surroundings, do not leave bags and backpacks unattended. Avoid walking late at night and do not trust young children asking for your help.

Public transport is not safe enough. It is better to use taxi services to travel around the country. If you travel in your car, remember that the roads in Tanzania are not of the best quality, and drivers can be rude.

Pickpockets are a big problem in Tanzania. You always need to be careful, do not leave personal things unattended, keep relevant documents and expensive devices in the hotel safe. Avoid those who ask or offer you help.

Tanzania is prone to droughts, river spills, and epidemics. Explore natural disasters in this country before your visit here and take appropriate security measures.

Severe attacks and robberies in Tanzania are rare but can happen in remote regions, in weak parts of the country, and the dark. Therefore, avoid traveling at night, carefully lock your home and car, travel in groups.

In Tanzania, there is a risk of terrorism. Although attacks have not occurred for a long time, they cannot be excluded. Learn the political situation in the country. Do not participate in rallies and religious meetings.

Fraud is one of the most common crimes in Tanzania. Travelers need to be very careful. Buy goods and services only in trusted locations - it is better if they are recommended at your hotel. Avoid street trading and withdraw money only at ATMs at banks.

Women traveling alone are strictly not advised to be unaccompanied in Tanzania. Whenever possible, wear modest clothes, do not attract attention to yourself, and avoid being outdoors after sunset.

How Safe Is Tanzania for Tourists?

Tanzania is a medium safe country to visit.

Most often, crimes are associated with the theft of things, car theft, vandalism, and corruption.

In Tanzania, it is essential to always be on the alert.

There are a lot of pickpockets in the markets and tourist attractions.

Be very careful not to fall into this trap.

Do not leave bags unattended or even out of sight on the beach.

In the dark, it is better not to be on the street; it is also better to move around the country in groups than alone.

Return to the hotel by taxi; if it is too late, it is safer than walking.

Remember that the police are quite inactive and often ask for bribes.

Therefore, you are better off taking care of yourself.

There are very few sidewalks in Tanzania, always pay careful attention to the traffic and be prepared to move out of the way, as vehicles do not make much effort to avoid pedestrians.

In Tanzania, cars have priority.

As in most African countries, the AIDS/HIV infection rate is high.

After food-borne illnesses, malaria should be your most significant concern.

Malaria is transmitted by mosquitoes and is endemic to Tanzania.

Do I Need a Visa to Visit Tanzania?

Which Currency Is Used in Tanzania?

The shilingi is the currency of Tanzania. It is subdivided into 100 senti. It has code TZS.

What Do I Need to Know about Airports in Tanzania?

Julius Nyerere International Airport is the international airport of Dar es Salaam, the largest city in Tanzania. It is located about 12 kilometers southwest of the city center. The airport has flights to destinations in Africa, Europe, and the Middle East. It is named after Julius Nyerere, the nation’s first president.

What Are Some Things to Do in Tanzania?

Tanzania is a country in East Africa, famous for its vast areas of pristine nature. Serengeti National Park is very popular among safari lovers who prefer to hunt large animals (elephants, lions, leopards, buffaloes, and rhinos). Kilimanjaro National Park has the highest mountain in Africa. Off the east coast is the Zanzibar archipelago, where the majority of the population is Muslim, and the island of Mafia with a marine reserve.

Is the Water in Tanzania Safe to Drink?

Tanzania has some water supply problems. Tap water is not potable.

Is Uber Safe in Tanzania?

There is an Uber taxi in Tanzania. You can call it from the application on your smartphone. The price of the trip will depend on the distance and time of day.