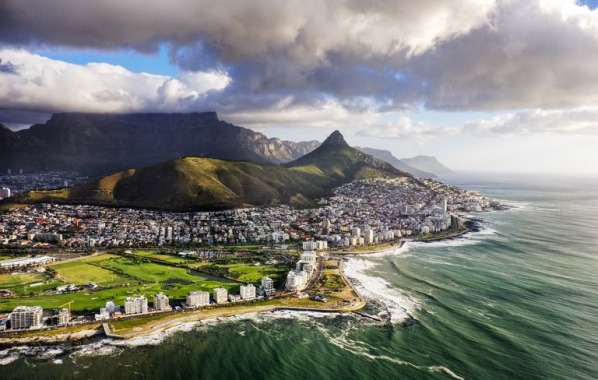 Cape Town is the second-most populous city in South Africa after Johannesburg and the legislative capital of South Africa. It is the largest city in the Western Cape Province and is part of the Cape Town Municipality. The Parliament of South Africa is located in Cape Town. The city is known for its harbor, Cape Floristic natural environment, and attractions such as Table Mountain and Cape Point.

Cape Town may not be safe if you don't take precautions. It is better not to walk here without a local representative, and it is also better to go to this city only on official tours and excursions.

Public transport is convenient during the day, but accidents and violent crimes are frequent at night. In the dark, use your car or taxi to get to your hotel.

Pickpocketing occurs in Cape Town at every turn, so wear an anti-theft backpack, look after your belongings, and don't leave your phones and wallets unattended. In crowded places, keep an eye on your surroundings.

Cape Town is at risk of tsunami and flooding from the Indian Ocean. Study the weather conditions before your visit here.

Armed attacks and serious robberies can happen in this city. Often the victims are imprudent tourists who do not take precautions. Avoid walking alone in the dark and walk only along the central and well-lit city streets.

There is a risk of terrorist attacks in Cape Town. It often comes from Islamic terrorists, but internal conflicts can also occur. Study the political situation in the country before your trip here.

The most common scams in Cape Town involve people asking for or offering you help, pretending to be vagabonds or baggage bearers. Don't trust anyone and double-check everything.

Women traveling alone in Cape Town should avoid late-night walks and be very discreet on the city streets. Heightened precautions won't be redundant.

How Safe Is Cape Town for Tourists?

Unfortunately, Cape Town is not considered the safest city.

The main problems are related to corruption, bribery, theft, and violent crime.

Although Cape Town has its share of violent crime, you are safe if you keep your wits about you as you should in every large city worldwide.

As a visitor, you are less likely to encounter problems while visiting the townships if you are escorted by a township resident—though you should not really venture into the townships without a fairly large group of accompaniment.

Official township tours are your safest bet, revealing an exciting lifestyle to the more curious tourists.

The CBD (Central Business District) has been cleaned up over the years, but some con men and cholos still exist, although police make themselves known during daylight.

The area at the bottom of Main Road near Prestwich Memorial has become notorious for robberies and assaults day and night.

Be very careful on Long Street and surrounding roads at night, especially the further north along the road you go.

Please do not, under any circumstances, play games with the street kids; they are most likely trying to steal your phone and wallet.

Do I Need a Visa to Visit Cape Town?

Which Currency Is Used in Cape Town?

In Cape Town, the summers are warm, dry, and mostly clear; the winters are long, cool, wet, and partly cloudy; and it is windy year-round. The best times to visit Cape Town are from March to May and from September to November.

What Do I Need to Know about Airports in Cape Town?

Cape Town International Airport is the primary international airport serving Cape Town and is the second-busiest airport in South Africa and fourth-busiest in Africa.

What Are Some Things to Do in Cape Town?

Cape Town is a port city on South Africa’s southwest coast, on a peninsula beneath the imposing Table Mountain. Slowly rotating cable cars climb to the mountain’s flat top, from which there are sweeping views of the city, the busy harbor, and boats heading for Robben Island, the notorious prison that once held Nelson Mandela, which is now a living museum.

Is the Water in Cape Town Safe to Drink?

Is Uber Safe in Cape Town?