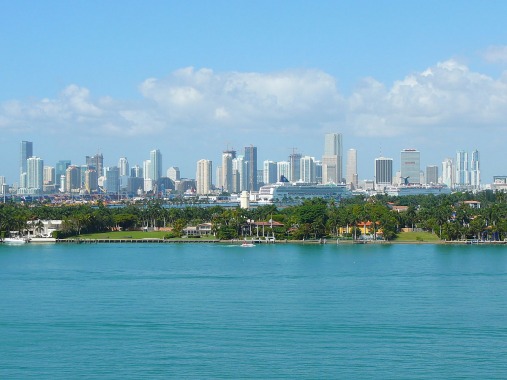 Miami is a relatively safe city for travel, serious attacks and robberies can occur here, but if tourists take precautions, there will be no difficulties during travel.

The public transport system is well developed and accessible. There are also many taxi services in the city. Beware of pickpockets on crowded buses.

The most common petty crimes are pickpocketing and wallet theft in Miami Beach and Downtown's busy streets. Be especially careful in the area; keep valuables in the hotel safe, and do not carry a lot of cash with you.

When in Miami, be mindful of the weather. Always use sunscreen and hats throughout the day, especially on beaches. The hurricane season runs from June to November but most often occurs from late July to mid-September.

The most common scam in Miami involves fundraising or signing petitions. Under the guise of good intentions, scammers are actually deceiving tourists and collecting donations in their pockets.

Women traveling alone can feel quite safe in Miami. The main thing is to adhere to the usual precautions and monitor your surroundings.

How Safe Is Miami for Tourists?

Miami is a relatively safe city to travel to.

The main problems are associated with petty theft, fraud, and vandalism.

Miami is generally quite a safe city; every year, it attracts thousands of tourists from all over the world.

Most tourists have no problems, and difficult situations can be easily avoided with some basic precautions.

Always keep an eye on your belongings in crowded places – downtown streets, buses, trains, and train stations are crowded with criminals.

Never leave anything unattended on the beach.

Especially when you go swimming.

Be careful in bars and nightclubs; try not to get too drunk, especially if you are a woman, which can put you in a dangerous situation, and criminals can take advantage of you.

Driving in Miami can be quite stressful due to the sometimes congested roads and aggressive drivers.

Watch out for the colors of the flags in the beach areas.

If there is danger in the sea, a flag of the corresponding color is posted. It is better not to enter the water at this time.

The most dangerous areas in Miami are from Overtown to Miami Gardens.

Parts of Miami’s waterfront (outside of downtown) can also become unsafe at night.

Do I Need a Visa to Visit Miami?

Which Currency Is Used in Miami?

In Miami, the summers are hot, oppressive, wet, and mostly cloudy, and the winters are short, comfortable, humid, windy, and mostly clear. The best time to visit Miami Beach is between March and May.

What Do I Need to Know about Airports in Miami?

Miami International Airport is the primary airport serving the Miami area, Florida, United States. The airport is in an unincorporated area in Miami-Dade County, 13 km northwest of Downtown Miami, in metropolitan Miami.

What Are Some Things to Do in Miami?

Miami is a popular holiday destination for thousands of tourists every year. It is also popular for beach and hotel vacations, shopping, and real estate operations.

Is the Water in Miami Safe to Drink?

Miami tap water is safe to drink according to EPA and international standards.

Is Uber Safe in Miami?