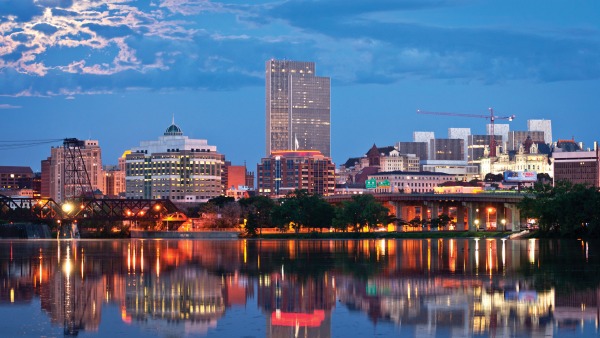 Albany is generally a safe place to visit. Common sense and precautions will be sufficient to avoid any problems. Be careful and avoid walking in places far from the city center.

Public transport is quite safe and allows you to move around the city. Watch out for pickpockets on crowded buses. Taxis are a reliable and safe form of transport in Albany. Use only licensed taxi services.

In general, pickpockets are not common in Albany. But during rush hour on the bus, wallet theft and bag snatching are possible. Be careful also in touristy places where there are many people.

Albany is almost free from natural disasters. However, the impact of cyclones from the coast, heavy rains, and hurricane winds are possible. Study the weather conditions before your trip here.

Serious robberies and armed attacks are rare in Albany. In any case, avoid walking in dangerous areas of the city, lock your accommodation at night and park in guarded parking lots.

Terrorists can try to carry out attacks in the Albany region. You should monitor media reports and be vigilant at all times. Study the political environment before your trip here.

The most common scams in Albany involve sending SMS and emails, promising you cash rewards in exchange for your credit card details and personal information. Be careful not to pass this information on to third parties.

Albany is relatively safe for women traveling alone. It is enough to follow standard security measures. Do not walk the city's streets late at night, do not attract undue attention to yourself, and do not sparkle with jewelry, a trip to this city will be safe for you.

How Safe Is Albany for Tourists?

Albany is a fairly safe city to travel to.

The main problems are related to burglary and theft of things, drug trafficking, and vandalism.

In any case, precautions must be taken; the areas between Washington Avenue and New Scotland Avenue are generally safe to walk, especially east of Lark Street.

Arbor Hill near Blvd. Henry Johnson is known as one of the most dangerous areas, although not of particular interest to travelers.

Accidental robberies and armed robberies with drunken suburbanites have been reported in Lark Streets, Madison Streets, and other bars.

Avoid these places, and stay safe.

Vandalism of other people’s property is common in Albany, so don’t leave your car on the street.

Better to use guarded parking lots.

Do not sit in bars late at night and avoid talking to drunk people – you can run into trouble.

Cases of petty theft are possible; usually, it is the theft of bags and wallets in crowded places.

Always keep track of your belongings, do not leave valuable things and expensive devices unattended.

Be attentive to those who ask or offer help – this is usually how thieves are disguised.

Do I Need a Visa to Visit Albany?

Which Currency Is Used in Albany?

In Albany, the summers are warm and wet; the winters are freezing, partly cloudy year-round. The best times to visit Albany for ideal weather are May to October.

What Do I Need to Know about Airports in Albany?

What Are Some Things to Do in Albany?

Is the Water in Albany Safe to Drink?

Tap water in Albany complies with the federal health-based drinking water standard. It is potable.

Is Uber Safe in Albany?

There is an Uber taxi in Albany. The fare will depend on trip length and time of the day. You can call a taxi from the app on a smartphone.