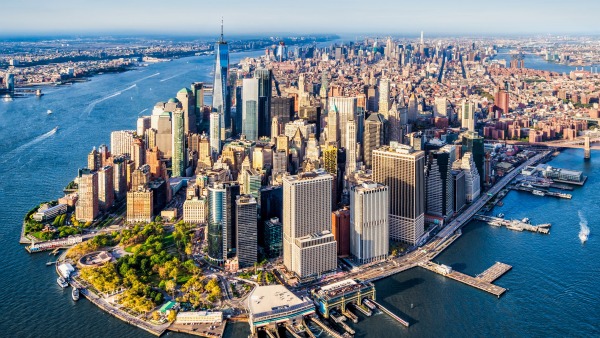 New York is a relatively safe city to travel to. If you follow the precautions and keep an eye on your belongings and surroundings, you can stay safe here.

Public transport is well developed and safe, with only pickpockets to be wary of when traveling on the metro during rush hour. Taxis are a safe way to get around the city, especially at night.

New York attracts millions of tourists every year, so there are many pickpockets here who hunt for inattentive tourists. Always keep track of your belongings and do not leave wallets and phones unattended.

The risk of serious robbery and armed attack in New York City is low. Avoid communicating with suspicious individuals and not walking late at night in remote areas from the city center.

There is a risk of terrorism in New York. The risk of attacks still exists due to the international position of the city. The global risk of terrorist attacks in public areas exists worldwide, so tourists should be vigilant.

The most common scams in New York involve street beggars and fake lotteries. Be suspicious of anyone who asks or offers you help.

Women traveling alone can feel quite safe in New York City. The main thing is to adhere to the usual precautions and monitor your surroundings.

How Safe Is New York City for Tourists?

New York is a relatively safe city to travel to. The crime index here is at an average level.

The main problems are associated with petty theft, assault, vandalism, and drug trafficking.

New York is one of the safest major cities in the United States.

The per capita crime rate is lower than the national average, and in many small towns, there are large numbers of police officers almost everywhere in the city today.

Pickpocketing is the most common crime committed in the city and probably the only one that tourists should be cautious about.

Many shops throughout the city sell counterfeit goods intended directly for tourists (the locals know about them, so they avoid them).

Don’t give money to beggars on the subway, as a most lie and try to cheat passengers.

After dark, stay on well-lit streets and avenues.

Women usually have no problem staying in crowded places, but it’s always best to hang out with other people rather than alone.

Do not enter public parks after sunset.

New York has dropped by 80% since the turn of the century; many areas can still be considered dangerous.

However, most of them are located outside the city center, and tourists usually do not need to go there.

Do I Need a Visa to Visit New York City?

Which Currency Is Used in New York City?

In New York City, the summers are warm and humid, the winters are icy and windy, and it is wet and partly cloudy year-round. The best time to visit New York is April to June and November and December.

What Do I Need to Know about Airports in New York City?

What Are Some Things to Do in New York City?

New York City comprises 5 boroughs sitting where the Hudson River meets the Atlantic Ocean. At its core is Manhattan, a densely populated borough that’s among the world’s major commercial, financial and cultural centers. Its iconic sites include skyscrapers such as the Empire State Building and sprawling Central Park. Broadway theater is staged in neon-lit Times Square.

Is the Water in New York City Safe to Drink?

Tap water in New York City is safe to drink, but it’s best to use an affordable water filter just in case.