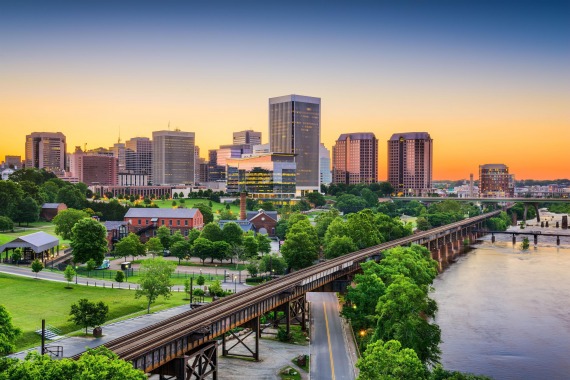 Richmond is a city in the eastern United States, the administrative center of the state of Virginia. Population – 228 783 people (2018).

Like any significant city in Richmond, pickpockets do happen. Especially on public transport during rush hour. Keep track of your belongings, and do not leave bags and wallets unattended on the tables in the cafe.

In general, the region is not subject to serious natural disasters. However, in extreme heat, Richmond is prone to fires and hurricane winds.

In the suburbs of Richmond, local gangs' showdowns take place, during these showdowns, there are shootings and kidnappings. Avoid these areas and don't get involved with drugs.

The most common scams in Richmond are related to street beggars. Be suspicious of anyone who asks or offers you help.

How Safe Is Richmond for Tourists?

Richmond is a relatively safe city to travel to.

The vast majority of serious crime occurs in urban housing projects located primarily in the northeastern, eastern and southern parts of the city.

However, robberies and wallet thefts happen throughout the city, so be careful when walking or standing at night.

Popular nightlife spots in the city center, such as the Fan District, the neighborhoods around Virginia Commonwealth University, and Shockoe Bottom, can get tricky at night, so it’s best to avoid walking alone or down the side streets.

While all night spots are generally safe, it is also wise to avoid any collisions inside or outside nightclubs, especially at Shockoe Bottom, as incidents sometimes resulted in injury or gunfire.

This applies to fights between other people; just go the other way.

Common sense should be used everywhere, and walking and parking should be avoided in any places that seem unsafe.

Theft of items from cars can also happen, so make sure to park in a secure car park and collect all items from the car before leaving.

Do I Need a Visa to Visit Richmond?

Which Currency Is Used in Richmond?

In Richmond, the summers are hot, muggy, and wet; the winters are icy and snowy, partly cloudy year-round. The best times of year to visit Richmond for warm-weather activities are from late May to late June and from mid-August to early October.

What Do I Need to Know about Airports in Richmond?

Richmond International Airport is a joint civil-military airport in Sandstone, Virginia, United States, an unincorporated community. The airport is located approximately 7 miles southeast of downtown Richmond, the capital of the Commonwealth of Virginia.

What Are Some Things to Do in Richmond?

Richmond is the capital of the American state of Virginia, one of the oldest cities in the country. In 1775, at the city’s St. John’s Church, one of the founding fathers of the United States, Patrick Henry, delivered his famous speech “Give me freedom or give me death,” which historians associate with the beginning of the American Revolution. The Confederate White House, where Jefferson Davis, President of the Confederate States of America, lived during the Civil War, is now a museum. It is located in the Court End area, known for its federal-style mansions.

Is the Water in Richmond Safe to Drink?

Is Uber Safe in Richmond?