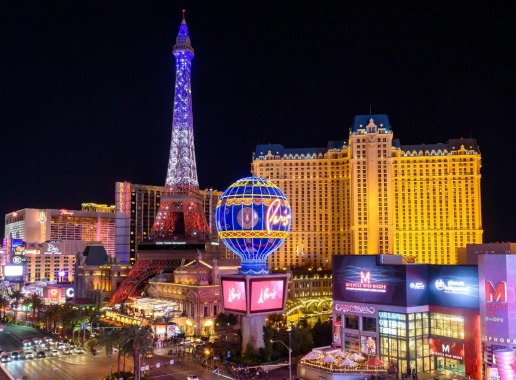 Las Vegas is the 28th-most populous city in the United States, the most populous city in Nevada, and the county seat of Clark County. Today, Las Vegas annually ranks as one of the world’s most visited tourist destinations. The city’s tolerance for numerous forms of adult entertainment earned it the title of “Sin City.”

Las Vegas is a relatively safe city to travel to as long as you avoid out-of-town locations and don't get involved in gambling outside of casinos and gaming centers.

Public transport is not very safe, but it is safer during the day time. Use a taxi to return home if it's already late at night. Do not catch a taxi on the street by hand, use licensed taxi services.

Pickpocketing and bag snatching at intersections are common. Tourists are always advised to keep track of their belongings, do not trust those who ask or offer help, keep valuables in the hotel safe. It is also best not to carry a lot of cash with you.

Las Vegas is not subject to any serious risk of natural disasters.

Armed robberies and assaults are common in Las Vegas. Be careful, especially if you hit a big win at the casino. Make sure that you are not followed or chased when you leave. Take a taxi to get back to your hotel safely.

The risk of terrorism is quite high due to the international importance of the city. Be attentive and avoid suspicious places and people.

Las Vegas scams are often associated with street gambling. When outside the walls of the casino, you are offered to play lotteries or gambling. Do not believe if you see that someone is winning - most often, these are dummies.

Women traveling alone can feel quite safe in Las Vegas. The main thing is to adhere to the usual precautions and monitor your surroundings.

How Safe Is Las Vegas for Tourists?

Las Vegas is a relatively safe city to travel to.

The main problems are related to violent crime, vandalism, and drug trafficking.

Las Vegas is generally a safe city for travelers.

The rate of violent crime and robbery than in other major cities in the western United States.

However, tourists should take precautions and avoid certain areas.

Pickpocketing is very common as the city is full of tourists, and this attracts thieves.

Pickpockets are very active on the Strip and other tourist spots in the city, such as Fremont Street.

Always keep track of your personal belongings, do not take extra money with you, and if you have a lot, do not put them all in one place.

It is best to leave important documents in the hotel safe.

Remember that gambling outside the casino – on the streets – is not safe.

Most often, outside the walls of the casino, you will come across scammers.

You can see how people win, but they are usually actors working with the scam.

The Encore Resort section and the Stratosphere Hotel are not as safe or as popular with tourists as the rest of the road, and you should be vigilant if walking alone.

Do I Need a Visa to Visit Las Vegas?

Which Currency Is Used in Las Vegas?

In Las Vegas, the summers are sweltering; the winters are cold and dry and mostly clear year-round. The best time to visit Las Vegas is from March to May and from September to November.

What Do I Need to Know about Airports in Las Vegas?

McCarran International Airport is an international airport in Paradise, Nevada. It is the main government airport for public use in the Las Vegas Valley, a metropolitan area in the U.S. state of Nevada, about 5 miles south of Downtown Las Vegas.

What Are Some Things to Do in Las Vegas?

Las Vegas is an internationally renowned major resort city, known primarily for its gambling, shopping, fine dining, entertainment, and nightlife. As a whole, the Las Vegas Valley serves as the leading financial, commercial, and cultural center for Nevada.

Is the Water in Las Vegas Safe to Drink?

Las Vegas tap water is some of the safest to drink in the country.

Is Uber Safe in Las Vegas?