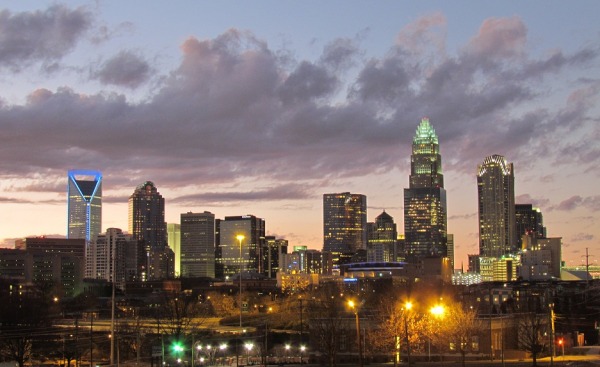 Charlotte is the most populous city in the U.S. state of North Carolina. Located in the Piedmont region, it is the county seat of Mecklenburg County. In 2020, the U.S. Census Bureau found that the population was 874,579, making it the 16th-most populous city in the U.S. and the second-largest in the Southeast behind Jacksonville, Florida. The town is the Charlotte metropolitan area’s cultural, economic, and transportation center, whose population ranks 23rd in the U.S.

Charlotte is not the safest place for travelers, but you can avoid most of the troubles if you use common sense and take precautions.

Charlotte is prone to floods and landslides, and even tornadoes. However, this does not often happen. In order to stay up to date, study the weather conditions in the city in advance.

The risk of serious robbery and armed attacks is very low in Charlotte. There is little danger of these attacks in the suburbs. However, the likelihood that you will be attacked is very small.

The risk of terrorism is low in Charlotte. Of course, the risk of attacks still exists, due to the international position of the city. The global risk of terrorist attacks in public areas exists worldwide, so tourists should be vigilant.

Fraud is commonly associated with street vendors offering counterfeit goods to tourists. Don't buy them even if the price is lovely. Also, only withdraw money from ATMs at banks with cameras to avoid skimming your card.

Women traveling alone can feel relatively safe in Charlotte. The main thing is to adhere to the usual precautions and monitor your surroundings.

How Safe Is Charlotte for Tourists?

Charlotte is a relatively safe city to travel to.

The main problems are related to drug trafficking, vandalism, and robbery.

The crime rate is pretty low but stay alert.

In suburbs and poorly lit areas, often happens theft/break-in of a car.

Violent crime is relatively rare in the downtown area and the affluent southern part of the city.

The most dangerous areas are the western and eastern sides of the city.

If you have problems, look for an officer.

Please note that in some parts of the city, the police are involved in both motorcycles and cars.

Charlotte is not the best city for allergy sufferers due to the abundance of flowering trees and green spaces.

As well as smog and air pollution, it has become an increasingly severe problem in recent years as the city becomes more populated and receives more car traffic.

Smoking is allowed in most nightclubs if they do not serve food.

As elsewhere, stay alert and keep an eye on your belongings and surroundings.

Do not get involved in drunken fights and showdowns.

Do I Need a Visa to Visit Charlotte?

Which Currency Is Used in Charlotte?

In Charlotte, the summers are hot and muggy, the winters are icy and wet, and partly cloudy year-round. The best times of year to visit Charlotte for warm-weather activities are from early May to mid-June and from late August to early October.

What Do I Need to Know about Airports in Charlotte?

Charlotte Douglas International Airport is an international airport in Charlotte, North Carolina. It is the primary airport for commercial and military use in the Charlotte metropolitan area, located roughly six miles from its central business district. The airport is owned by the City of Charlotte and operated by the city’s aviation department.

What Are Some Things to Do in Charlotte?

Visit the Mint Museum, the oldest art museum in North Carolina, tour the 150,000 square foot NASCAR Hall of Fame, and watch theatrical performance. ImaginOn is one of the best places to do in Charlotte, North Carolina with kids. You can also visit one of the nearby beaches or waterfalls.

Is the Water in Charlotte Safe to Drink?

Charlotte tap water passes the current EPA standards, but 7 known contaminants are found at alarming levels, many of which are at higher levels than found nationally or are considered safe by environmental scientists.

Is Uber Safe in Charlotte?