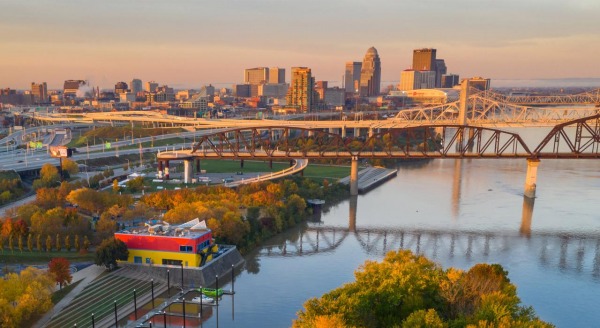 Louisville is not the safest place for travelers, but you can avoid most of the troubles if you use common sense and take precautions.

The possibility of the area being flooded during rainy days is high, and you need to get familiar with the current situations, especially if you plan to explore the surroundings.

In the suburbs of Louisville, local gangs' showdowns take place, during these showdowns, there are shootings and kidnappings. Avoid these areas and don't get involved with drugs.

Women traveling alone can feel quite safe in Louisville. The main thing is to adhere to the usual precautions and monitor your surroundings.

How Safe Is Louisville for Tourists?

Louisville is a relatively safe city.

Most of Louisville is pretty safe.

Probably the least safe areas are west of Ninth Street (unfortunately, this is where the Greyhound bus station is located).

Professional crooks acting as beggars are common at the station, and while they are not very aggressive or rude, they are persistent.

Pickpockets are also a problem, as they often grab things from the side pockets of any bags or wallets you may have.

In addition, there have been several robbery attempts directly outside the terminal (the station’s security was shockingly lethargic and useless in such situations, at least until the metro police arrived), so be very careful.

However, a day trip through this part of the city in Portland and then on Northwest Boulevard is very interesting and not dangerous at all.

The area around Churchill Downs is also relatively sketchy, but again, just passing through during the day is not dangerous.

There is practically no crime to the east of the Highland. Crime is still low in the Highlands, but be careful getting out of the bars on Baxter Avenue if you’re alone.

The same advice applies to Old Louisville, only more so. Beyond that, just use your common sense, wherever you are.

Do I Need a Visa to Visit Louisville?

Which Currency Is Used in Louisville?

In Louisville, the summers are hot and muggy, the winters are very cold and wet, and it is partly cloudy year-round. The temperature typically varies from 28°F to 88°F and is rarely below 12°F or above 94°F.

What Do I Need to Know about Airports in Louisville?

Louisville Muhammad Ali International Airport is a civil-military airport in Louisville in Jefferson County, Kentucky. The airport covers 6.1 km2 and has three runways.

What Are Some Things to Do in Louisville?

Anyone who’s looking for a beautiful time in a southern city should come to Louisville. The biggest city in Kentucky, Louisville, has elements that will appeal to people who love urban environments and enjoy more rural settings.

Is the Water in Louisville Safe to Drink?

Is Uber Safe in Louisville?