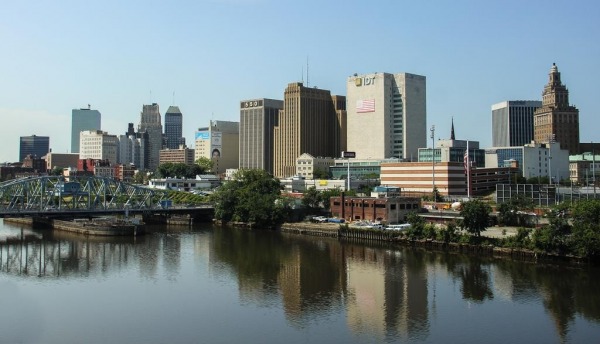 Newark is a city in the northeastern United States, the largest city in New Jersey, and the administrative center of Essex County. The population is about 282 thousand people.

Newark is not a safe city to travel to. The crime rate here is one of the highest in the United States. Due to drug problems in the city, there are many attacks, robberies, and violence.

Using public transportation in Newark can be unsafe. Better to get around by taxi or your own car. Taxis are safe but only use licensed transportation services.

Pickpocketing is usually not a problem in Newark. However, pickpockets are found on public transport, tourist spots, and crowded places. Keep track of your belongings.

In Newark, there is a small likelihood of tornadoes and earthquakes, although it is small. They can occur here from time to time. Examine the weather conditions before you visit this city and take appropriate measures.

Armed attacks and robberies, unfortunately, happen here quite often. At night, attacks on people walking alone are possible. Watch out for bandits and use the taxi to return to your hotel late at night.

Terrorists are very likely to try to carry out attacks in this region. Attacks could be indiscriminate, including in places visited by foreigners. You should monitor media reports and be vigilant at all times. Stay informed about the political environment before your trip here.

The most common scam in Newark involves SMS and email campaigns to defraud personal information about you and your credit cards. Do not pass this information on to third parties. Also, withdraw money from ATMs at banks to avoid skimming your card.

Women traveling alone in Newark should be careful, especially at night. It's recommended to travel in groups than alone. Use a taxi to get around and avoid poorly lit streets in the city.

How Safe Is Newark for Tourists?

Newark is one of the most unsafe cities to travel to.

The main problems relate to the theft of things, assault, robbery, and drug trafficking.

Newark has a bad reputation for having a high crime rate.

Much of the crime is concentrated in the South & West Wards, but in general, those areas offer little of interest to the average tourist.

Ironbound is one of the safest areas in the city.

As of 2020, the Springfield-Belmont area is ranked as the most dangerous area in the city.

Newark is near the top for the highest murder rates, rape, robbery, assault, burglary, and car theft in the United States.

Avoid both Upper Rosedale and the Upper Clinton Hill neighborhoods.

It is not recommended to walk in the dark.

It is especially dangerous to do this if you are walking alone.

Avoid socializing with suspicious people and stay out late in bars.

Watch your drink – there have been cases when scammers put opiates into the victim’s drink and robbed her.

Do not use public transport if you return home late at night.

Better to use a taxi.

Be careful with those who ask or offer help – they may be scammers.

Do I Need a Visa to Visit Newark?

Which Currency Is Used in Newark?

In Newark, the summers are warm and humid; the winters are frigid, wet, and partly cloudy year-round. The best times to visit Newark for ideal weather are May to July.

What Do I Need to Know about Airports in Newark?

Newark Liberty International Airport is an international airport straddling the boundary between the cities of Newark and Elizabeth in Essex County and Union County, New Jersey. It is one of the major airports in the New York metropolitan area. Newark Airport has located 8 km from the city center.

What Are Some Things to Do in Newark?

There are many interesting places to visit in Newark. Here you can visit the New Jersey Performing Arts Center, go for a walk in Branch Brook Park, visit museums and a beautiful basilica.

Is the Water in Newark Safe to Drink?

The drinking water in Newark is not potable.

Is Uber Safe in Newark?

There is an Uber taxi in Newark. The fare will depend on trip length and time of the day. You can call a taxi from the app on a smartphone.