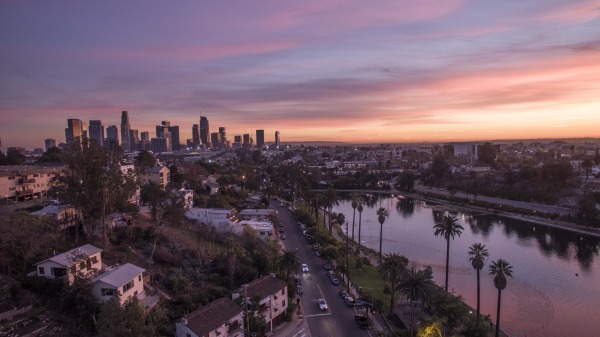 Los Angeles, officially the City of Los Angeles and often abbreviated as L.A., is the largest city in California. With an estimated population of nearly four million people, it is the second-most populous city in the United States. Los Angeles is known for its Mediterranean climate, ethnic diversity, Hollywood entertainment industry, and its sprawling metropolis.

Los Angeles is a popular tourist destination and is relatively safe to travel here. Follow the usual precautions to avoid risks.

Public transport is generally safe and reliable. Traveling by taxi or rented car is also safe.

Los Angeles is located in a seismically hazardous area. Explore the natural conditions before your trip to this city.

In the suburbs of Los Angeles, local gangs' showdowns occur; during these showdowns, there are shootings and kidnappings. Avoid these areas and don't get involved with drugs.

The risk of terrorism here is low. Of course, the risk of attacks still exists due to the international position of the city. The global risk of terrorist attacks in public areas exists worldwide, so tourists should be vigilant.

The most common scam in Los Angeles involves fundraising or signing petitions. Under the guise of good intentions, scammers actually deceive tourists and collect donations into their pockets. Also, withdraw money only in ATM with banks with cameras to avoid card skimming.

Women traveling alone can feel quite safe in Los Angeles. The main thing is to adhere to the usual precautions and monitor your surroundings.

How Safe Is Los Angeles for Tourists?

Los Angeles is a relatively safe city to travel with, with an average crime rate.

However, walking at night in some areas of the city should be done with caution and, depending on the area, in groups.

Certain areas in or near the center, such as Skid Row (where the main Greyhound station is located), can be dangerous regardless of the time of day and should be avoided.

Remember that walking alone through the city at night runs the risk of getting into trouble in almost any area.

There is no such danger in a car or taxi.

The Los Angeles suburbs have high levels of crime and gang violence.

Usually, these showdowns are related to the drug trade, and as long as you do not get involved in these showdowns, you are safe.
Gangs usually mark their territory with graffiti.

If you get lost and find yourself in a bad area: stay on well-lit roads or freeways, avoid collisions with groups of young people, and if confrontation arises, flee immediately.

Do I Need a Visa to Visit Los Angeles?

Which Currency Is Used in Los Angeles?

In Los Angeles, the summers are warm, arid, and clear, and the winters are long, cool, wet, and partly cloudy. The best months to visit Los Angeles are March and April and September and October.

What Do I Need to Know about Airports in Los Angeles?

What Are Some Things to Do in Los Angeles?

Los Angeles is a sprawling Southern California city and the center of the nation’s film and television industry. Near its iconic Hollywood sign, studios such as Paramount Pictures, Universal, and Warner Brothers offer behind-the-scenes tours. On Hollywood Boulevard, TCL Chinese Theatre displays celebrities’ hand- and footprints, the Walk of Fame honors thousands of luminaries, and vendors sell maps to stars’ homes.

Is the Water in Los Angeles Safe to Drink?

Tap water may not be suitable for drinking in some city-regions; it is better to use bottled water.

Is Uber Safe in Los Angeles?