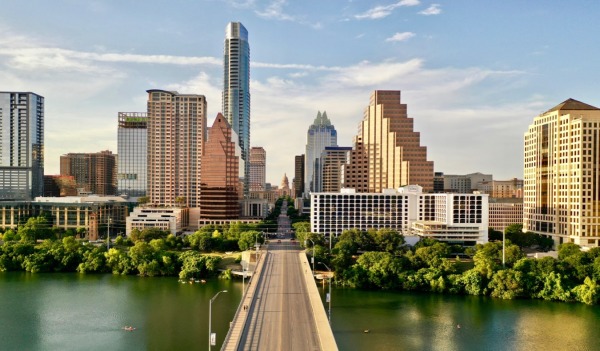 Austin is the capital of the US state of Texas and the main and largest city of Travis County, with portions extending to Hayes and Williamson Counties. It is one of the fastest-growing major cities in the United States since 2010. Austin is the southernmost state capital in the contiguous United States and is considered a “beta global city” by the Globalization and World Cities Research Network.

Austin is generally a safe city to travel to. It is important to follow normal safety precautions and avoid walking in remote areas and poorly lit city streets at night.

Public transport is well developed, but there can be pickpockets and bag thefts on buses. It is also worth remembering that Austin is famous for the rough driving of motorists. Therefore, it is important to be very careful while driving if you are traveling in your car.

Like any major city in Austin, pickpockets do happen. Especially on public transport during rush hour. Keep track of your belongings, and do not leave bags and wallets unattended on the tables in the cafe.

Substantial flooding occurs in Austin after heavy rains. Check the weather conditions before your trip here. Another natural hazard is the coyotes, which are abundant in the city and can attack Austin's inhabitants.

The risk of serious robbery and armed attacks is shallow in Austin. There is little danger of these attacks in the suburbs. However, the likelihood that you will be attacked is minimal.

The risk of terrorism is low in Austin. Of course, the risk of attacks still exists due to the international position of the city. The global risk of terrorist attacks in public areas exists worldwide, so tourists should be vigilant.

Women traveling alone can feel quite safe in Austin. The main thing is to adhere to the usual precautions and monitor your surroundings.

How Safe Is Austin for Tourists?

Austin is a relatively safe city to travel to.

The main problems are related to vandalism, drug trafficking, and car theft.

Austin is a generally safe city.

For safety, do not carry large amounts of cash with you.

Remember to lock the car when parking and do not leave valuables visible from the outside of the car.

There are many police in the 6th Street area at night; this area was the most unsafe at one time.

Near 7th Street and the Red River area, there is an area that houses a large homeless shelter.

The area is usually safe during the day, but at night it is often filled with beggars and homeless people.

They are usually harmless.

The city is flooded after heavy downpours, so keep this in mind when traveling to Austin.

Sometimes in the city, there are attacks from coyotes because animals are more and more accustomed to living among people and adapting to get their food in the city.

Be careful and avoid places where you can meet them.

Otherwise, when traveling here, use common sense and watch your belongings.

Do I Need a Visa to Visit Austin?

Which Currency Is Used in Austin?

In Austin, the summers are hot and oppressive; the winters are short, cold, and windy, partly cloudy year-round. The best times to visit Austin are September to November or March to May.

What Do I Need to Know about Airports in Austin?

What Are Some Things to Do in Austin?

Austin is the capital of the state of Texas, located in its central part. The city is home to the main campus of the University of Texas. Austin will appeal to music lovers: here, you can listen to country, blues, and rock performers. The city’s many parks and lakes are popular for hiking, swimming, cycling, and boating. In the city’s south is the Formula 1 circuit, where the US Grand Prix takes place.

Is the Water in Austin Safe to Drink?

Is Uber Safe in Austin?