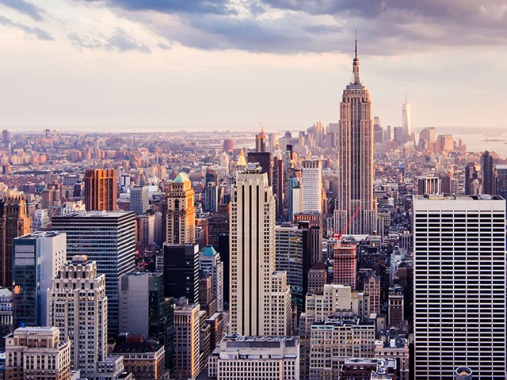 The United States of America is a popular and generally safe travel destination. The country is visited by many tourists every year. It is enough to use common sense to travel safely and behave here as you would in your own country.

Public transport in the country is well-developed. You can use any type of transportation for your journey. It is best to use a taxi to return to the hotel late at night. Make sure to use only licensed taxi services.

Pickpockets can be found here as well as in any other tourist attractive country. Although most of the time your belongings will not be touched, it is best to keep an eye on your bags especially in cafés, beaches, and parks.

The United States is extremely vulnerable to natural disasters. Every state is subject to one or more hazards: earthquakes, droughts, floods, hurricanes, landslides, tornadoes, tsunamis, volcanoes, and forest fires. Study the weather conditions of the region of the country where you are planning a trip.

The risk of armed severe attacks and robbery is moderate in the United States. This is usually rarely the case for tourists. But be extremely careful when traveling around the outskirts and at night. Lock your accommodation and transport carefully.

The US has a relatively high risk of terrorism. This is especially true for big cities. Avoid lonely bags, do not participate in political or other demonstrations. Avoid large crowds.

Typically, scams in the USA are associated with the desire of the scammers to cash in on tourists. Avoid suspicious deals and offers. Double-check everything and purchase goods and services from licensed locations. Withdraw money only in ATM in banks with cameras.

Women traveling alone can feel quite safe in the USA. Behave here as you would in your own country. Keep an eye on your surroundings and things, do not walk late at night in poorly lit and remote areas.

How Safe Is United States for Tourists?

The United States of America has an average crime rate.

In the United States, most of the crime is gang or drug-related in the interior of the city or more distressed neighborhoods along the US-Mexico border.

This mainly occurs in areas of little interest to visitors. However, it can and does also occur in the tourist areas of certain cities.

You can almost guarantee you won’t face crime by taking precautions and staying vigilant in your surroundings.

As in other regions of the world, many American urban areas have a population of homeless people, some of whom are drug addicts and mentally ill.

In some cities, aggressive hand handling is a problem. If you feel harassed, say NO firmly and leave and call the police.

Be careful if you are traveling on your own or rented car.

There is a high risk of getting into an accident as local drivers often do not drive carefully.

It is strictly forbidden to type messages while driving and use the telephone.

This can lead to a hefty fine.

In general, using common sense when traveling to the United States will help avoid any problems. Do not get involved in street fights and disputes, avoid rallies and protests, do not walk late at night in remote areas, and poorly lit streets.

Do I Need a Visa to Visit United States?

Which Currency Is Used in United States?

The United States is a vast country with several climates. Most of the country is comfortable to visit from April to mid-June and from September to November. You can visit the cities of the ocean coasts at any time of the year.

What Do I Need to Know about Airports in United States?

What Are Some Things to Do in United States?

The United States of America is a state of 50 states that occupies a significant part of North America. People come here to get acquainted with a unique culture, visit many national parks, nature reserves, waterfalls. The Atlantic coast is known for its beach resorts, while California is known for its Silicon Valley.

Is the Water in United States Safe to Drink?

Water quality in the United States is generally good. But it’s better to boil or use bottled water instead of drinking tap water.

Is Uber Safe in United States?

There is an Uber taxi in the United States. The fare will depend on trip length and time of the day. You can call a taxi from the app on a smartphone.